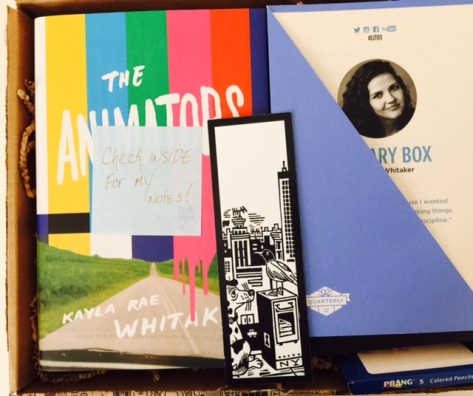 So a couple of weeks ago I decided to try a Quarterly Lit Box I’ve seen the unboxings and such on Youtube and I had a couple extra dollars so I figured go for it!

The Quarterly boxes are sent four times a year, so every three months, and they’re curated by a selected author. You know at least one book in the box is going to be that authors new release. One of the big draws for me was that the selected books are annotated with notes by said author.

The box is also supposed to include two other books that inspired the author (or that the author just likes) and some goodies.

Now this is perhaps where I nickel and dime it and should have paid more attention. The box is fifty bucks. So I figured with shipping it would be around fifty-five or so. Actually for me shipping was eight bucks and added to tax the total cost for this box came out to $61.41.

Is it crazy that a couple of extra dollars bugged me? Well, it did. I mean you pay less for a Fairyloot box and that one ships from England! 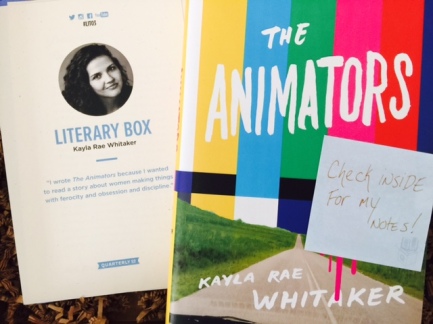 This months main book is The Animators by Kayla Rae Whitaker. It tells the story of two female friends in the field of animation who are celebrating their first release after years of work.

The book sounds very interesting to me and characters doing anything creative will always get my attention. 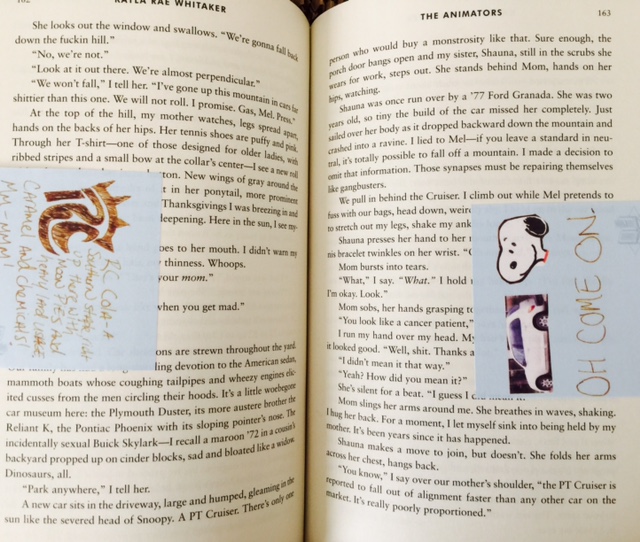 I haven’t read it yet but I skimmed through. Definitely annotated though when first looking at it I’ve seen them with more annotations and info but I can’t really make a judgement on that.

The box also included the very cool bookmark from the first picture and a little box of colored pens. The two other books: 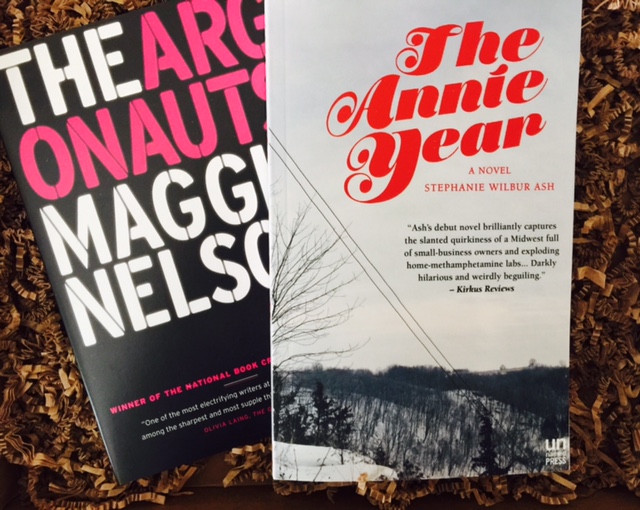 The Argonauts by Maggie Nelson which I’m currently reading. It’s a shorter book about identity politics and sex and motherhood and the writing is not as hard to follow as I had feared. It’s definitely an interesting book though I’m not sure if I’m in love with it.

The other book is The Annie Year by Stephanie Wilbur Ash. I’d never even heard of this one so that’s a plus- I like finding books I haven’t heard anything about. It seems to be about the high-school production of Annie and an affair that someone has with the new agricultural teacher…

I’m not going to lie. I’ve heard people say that they justify the price by breaking it down by month or by book. So twenty bucks a book for three books I could have gotten cheaper or found at the library? Eh. Probably didn’t help that I had ordered the box before I knew that The Animators was also going to be an option in the Book of the Month Club box so I could have gotten it there.

But that’s my deal. Regardless I honestly feel the box just isn’t worth sixty bucks even if it’s every three months and I’ll read the books. I already canceled the subscription.