Book of the Month Box: February 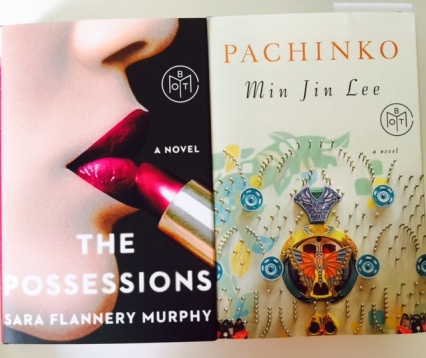 Book of the Month is a subscription service that offers five new books every month and you can pick one (covered under the monthly cost) and add up to two other books for $9.99. This is only my second month with the box and it took me forever to decide what I wanted. So I thought I’d show you my choices and all the books offered this month in case anything strikes you:

I went with Pachinko by Min Jin Lee- which is described as a family drama of Korean exiles living in Japan spanning from the early 1900’s onward. It’s a time and part of history that I know nothing about.

The Possessions by Sara Flannery Murphy-  which near as I can tell from the synopsis we have a world where people can help the grieving by letting the dead possess them. The main character meets a handsome man whose young wife died and becomes obsessed…

Seems like warning signs. I’m not overly big on thrillers but the ghostly element to this one sold me.

The other options included:

The Animators by Kayla Rae Whitaker – this is about two life long friends whose first animated work is about to be released. This would have been more up my alley but it was the Quarterly Book of the Month- which I whine about here. 🙂

Behind Her Eyes by Sarah Pinborough which is a domestic thriller. They really aren’t my thing but the judge on this one swears it’s an ending that you won’t see coming. So maybe another month I might be more up for it. 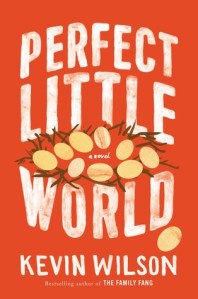 The last choice for February was Perfect Little World by Kevin Wilson. This one is about a utopian like experiment where children are raised collectively by a group of parents and everything else is provided for. I went back and forth on choosing this one as a third book (because we all know I wasn’t just going to stop at one…)

I might put this in the box for another month.

But I did choose a third book from a past month and that was: 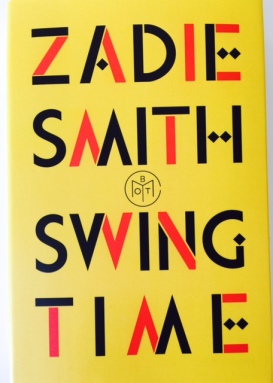 Swing Time by Zadie Smith this one is about two friends who grew up together and wanted to be dancers but then have grown apart and done different things as time has gone by. I haven’t read it yet (or any of the ones I chose actually) but I’m looking forward to it.

I’ve never read a Zadie Smith novel before and this one appealed to me on many levels. So I’m hoping I enjoy it!

Shipping took about a week which was the same as last time overall I know it’s only been two months but I’m still really happy with this box!