April’s Book of the Month box came with a small coloring book and a box of colored pens. Which is cute but I have never picked up on the whole adult coloring thing. I’m actually worse at staying between the lines now than when I was a child. Which only frustrates me.

I was all over the place with this month’s selections. First I was going to skip. Then I wanted just one. Than I finally picked and confirmed and almost immediately wanted to change my mind 😦

Just one of those months.

American War. This one is a future dystopian about the second Civil War in America & a girl who as near as I can tell is trained into being some sort of weapon.

Killers of the Flower Moon. This one is about the murders of the Osage Indian Nation back when oil money made them some of the wealthiest people in the world, how it was ignored and overlooked and how the FBI (which was kind of a mess at the time) investigated it.

I’m actually going to pick this one up but at the time of choosing I really wanted light and funny reads.

This one is a book of essay’s by a Buzzfeed writer that I had never heard of- I did look her up though. It could be interesting but right then I wasn’t feeling it.

Also by a Buzzfeed writer. Maybe I should look into writing for them if I ever want to publish? Anyway, this is about a scandal that threatens to derail a $600 million dollar investment in a start-up. Sounds fun. Sounds quick. Sounds like a good book for Spring. 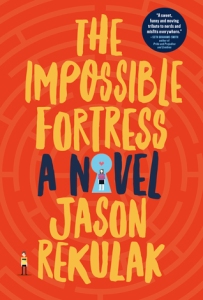 Three teenage boys in 1987 plot and scheme to steal a Playboy. There’s also computers and coding which is something that always peaks my interest. I know little about coding especially back then.

I’m about halfway through this one already and while it’s entertaining (and quick) I have some issues with it. (Not the least of which I find it hard to believe it would be next to impossible for them to get their hands on this magazine.) 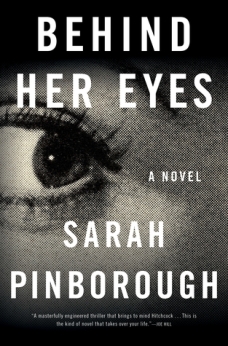 I went backward and picked up Behind Her Eyes I wasn’t interested in this one but I’ve seen a few reviewers that I like talking about this twist they never saw coming- so now I want to know what said twist is and if I see it coming!

I do wish Book of the Month would add an option for all five books for a special price or something for those of us who can never decide.