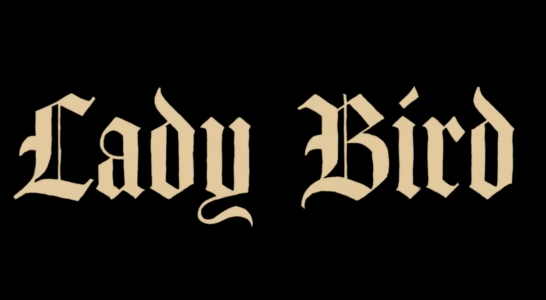 This movie has a lot of hype to live up to, a near perfect Rotten Tomatoes score and just the general idea since I saw the preview I thought I’d really enjoy it. Under those high circumstances I don’t think it entirely lived up to the crazy hype. I thought when it came down to it the writing and the performances were the best part.

Lady Bird is crazy relatable both in good ways and bad.

I really think this is one of those movies where everyone will find something to relate to. Be it the relationships, the boyfriends, the best friend and her parents struggles with money. One scene that particularly stands out is when boyfriend #1 repeats the “other side of the tracks” line that she told him. You can see a flash of hurt in her mother’s face and later she points out how much that hurt Lady Bird’s struggling father.

While I liked the story with boyfriend number one (Lucas Hedges) boyfriend number two (Timothee Chalamet) was one of the things I didn’t like. Again, that’s going to be personal reference. But I find that type of character and the rich friends she was trying so hard to impress silly in real life. 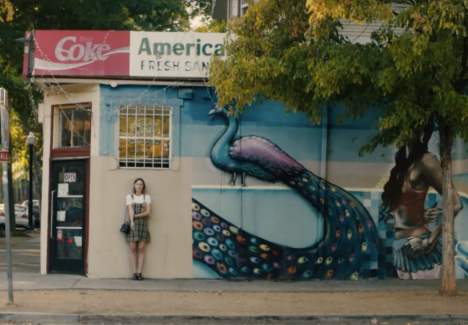 I also liked the nun questioning her on the difference between love and attention and if there really was one and how Lady Bird/Sacramento did in a big way juxtapose with her relationship with her mother.

(Also there’s one great scene where she asks her mother if she likes her and her mother says of course I love you or something but can’t really answer the like. My mother jokes that while she loves me and my brother and would do anything for us she wasn’t sure she liked us until we were out of diapers.) 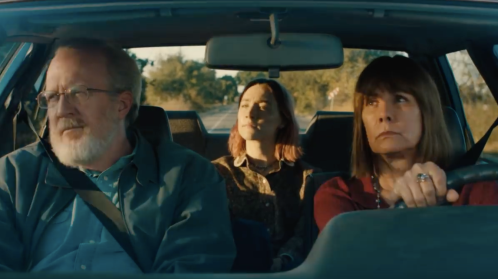 Occasionally I just wanted to shake Lady Bird and tell her, “Get over it. Life’s tough and you have it pretty good.” Which I think she does realize eventually. I did really like the end. I thought it did a really good job in keeping with the rest of the movie of being moving and sentimental while ringing very true.

I think this is an enjoyable slice of life film. But how much you love it (or don’t) may be more based on how much you see yourself and your family in it. It’s also a pretty short film clocking in at 93 minutes so points for keeping it tight!