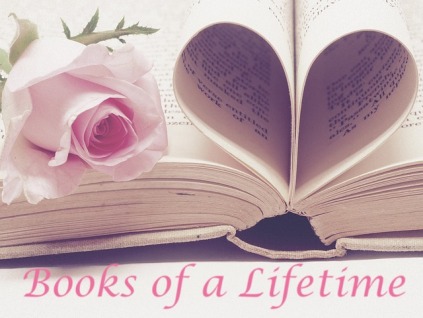 Me: Pride and Prejudice… Check. I’ve read that.

Me: I remember every scene.

So I started the Amazon’s 100 Books to Read in a Lifetime Tag originally by Perfectly Tolerable,  where you basically count up the number of books on this list that you’ve read. But the number of books I’m almost but not quite sure I’ve read turned out to be just about as much as I know I’ve read.

Then I couldn’t remember if I read The Sun Also Rises. It turns out the one I remembered  reading is A Farewell to Arms. So why doesn’t that count? It’s a Hemingway. What makes one a book of a lifetime but not the other? What makes many of these books must reads? For who?

I’m sure books like Kitchen Confidential really rock and are favorites for some people but I have absolutely no desire to read some of them. Of course it’s possible that I won’t remember them even if I did.

Also possible I strolled off topic and over thought this list by just a little bit.

Harry Potter and the Sorcerer’s Stone

Lolita (so disappointing considering the controversy)

Moneyball: The Art of Winning and Unfair Game

Persepolis: Story of a Childhood

The Adventures of Kavalier and Clay

The Book Thief (*an all-time fav)

The Fault in Our Stars

The Immortal Life of Henrietta Lacks

The Lord of the Rings

The Poisonwood Bible (*an all-time fav)

The World According to Garp

To Kill a Mockingbird

Man do I read a lot of books that are adapted into films. It’s probably how I hear about many of them in the first place.

Books I Maybe Read. Probably. I Kind of Think So but I Can’t Be Sure… Maybe I watched the Movies:

A Heartbreaking Work of Staggering Genius

All the President’s Men

Charlie and the Chocolate Factory

The Age of Innocence

The Catcher in the Rye

Man some of this stuff just runs together for me! Among the books that I want to read from this list: A Wrinkle in Time, Dune, The Secret History and the Wind in the Willows. Anyway, it was fun. I love lists. I just wish I had a better memory other than saying, “Well, I feel like I read it.”