I rewatched Incredibles for the first time in ages a couple of days ago and naturally started thinking about which books they would love to read and recommend to other people. Because apparently I am overly interested in what characters in movies would read!

Below they recommend some of their favorite books…

Mr. Incredible would recommend Steelheart. He’d definitely read superhero books like that, Vicious, Watchmen, Nightwing… but then he’d probably just stick to comics. And if Captain America ever wrote a biography Robert would be first in line at the book signing.

Elastigirl would recommend Yes Please. Because honestly she and Amy Poehler kind of look alike (and I mean that as a good thing.) 🙂

But I also think she’d go for books like Lean In or thrillers by Paula Hawkins.

Violet is a mood reader but would definitely recommend The Hunger Games. (Movie Katniss kind of looks a little bit like her.) But I also think she also loves darker contemporaries like The Serpent King with a bit of magical realism here and there like… 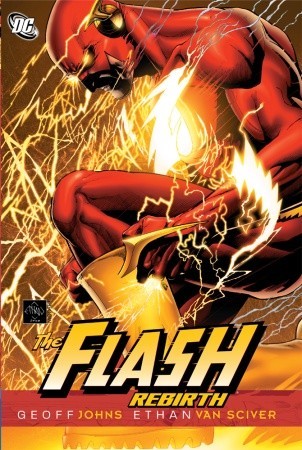 Dash knows everything about the Flash character and while Helen worries D.C. is a little bit dark Robert is completely okay with it. Dash is also be a big Rick Riordan fan and read all the Percy Jackson novels.

He’s also picked up What I Talk About When I Talk About Running– but probably wouldn’t read it until he was a little bit older.

Jack-Jack was a bit harder to pin down as he’s still a baby but he recommends:

The Legend of Rock Paper Scissors is basically what it sounds like and I read it with my nephew recently- it was adorable. Jack-Jack definitely recommends. He’s also interested in the Lemony Snicket- for when he can read on his own!

A Series of Unfortunate Events books.

For her the messier and more soap opera like the better! She’d recommend Champagne Supernovas and of course The Devil Wears Prada darlings.

Lucius much like Bob loves his old hero stories and he’d recommend something like The League of Extraordinary Gentlemen graphic novels. He’s also into Jules Verne’s Twenty Thousand Leagues Under the Sea (and his other stories) and shares Helen’s love for mysteries and thrillers but prefer his reads to be by the water.