I wanted to do one more tag for the ghostly season because my brain is all over the place. Christmas decorations are coming out at the stores and brain is pretty much headed there. The end of the bloody year.

That’s a scary thing in and of itself right now 🙂

Okay- I don’t know if these are tropes per say but my favorite would be the horror being a metaphor for something else along the lines of IT. I think horror is better if it has meaning. Also favor letting my imagination do the scaring.

(After rewatching the IT trailer I’m starting to wonder why Pennywise and Pooh Bear both have associations with Red Balloons.)

Stay Out of the Basement: A Place You Find Creepy

Well, basements. And not that I get around them a lot- ghost towns and abandoned buildings are pretty creepy themselves. 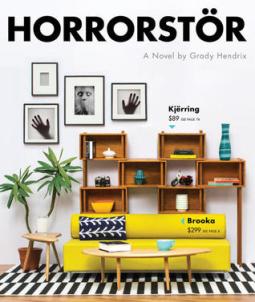 Looks just like something you’d walk by at an Ikea or furniture store but look at those awful/excellent pictures on the wall!

Night of the Living Dummy: Bring any fictional character to life! 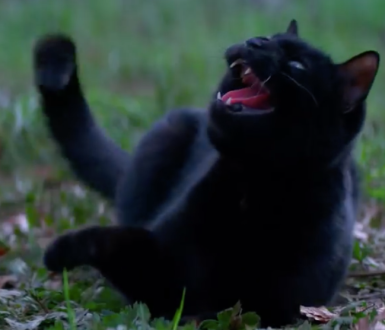 There’s like so many choices that I can’t believe I’m not choosing one of my book husbands but right now I’d have to go with Salem from Sabrina.

Girl who Cried Monster: An urban legend you believe in…

This is why I don’t like urban legends. I believe in them all.

I’m going with favorite Supernatural Creature and that would definitely be dragons! Good or bad.

Alcide in True Blood for… reasons!

One Day at Horrorland: Tell us about a favorite spooky pastime…

Well, every October I like to pretend I’m not a total chicken and read scary novels and watch scary movies. It usually doesn’t go well but I keep trying!

There’s like a witch book or movie for everything. Practical Magic and The Witch pretty much go from one end of the spectrum to the other and then oh my God The Craft flashbacks!

And if you haven’t seen Cher, Susan Sarandon and Michelle Phfieffer take on Jack Nicholson in The Witches of Eastwick you really should 🙂

A Night in Terror Tower: If you were put in a horror movie…

I wouldn’t make it. Not sure what else to say. Unless maybe I could find a good place to hide 🙂

Welcome to Camp Nightmare: Tell us a Spooky Story

When I was younger I informed my family that my imaginary friend wasn’t imaginary. She was a ghost. I’d sit silently for way longer than normal staring into space and inform my mother I had gone to play where she lived. And once apparently took my mother to the girls grave. So yeah I was a super fun kid 🙂