I wasn’t sure if I should call this My Worst Films of 2018 because I actually enjoyed some of them in a disaster can’t look away kind of way. Some might even be guilty pleasures. Disappointing Films? To be honest I kind of expected some of them to be bad.

The top two aren’t just not great films but truly bad so maybe I should just do the list… (Some spoilers below!)

Lily James, beautiful scenery and Abba always makes me smile so it’s a silly diverting film. But oh man, it was awkward. Some serious changes from the first film bugged me just to get Cher in there and she didn’t make things any better. Donna was dead which I surprisingly didn’t care about one way or another but Meryl Streep showing up for the sing-along at the end just annoyed me.

Cut the current timeline out completely and you have a film. Not a great one mind you but a better one.

Peter Dinklage and Elle Fanning at the end of the world.

This is one of those movies that I think was trying to say something but I didn’t get it. It was boring and then the end felt like a whole different movie and I think was trying for MEANING but… not really. Who knows? Also irresponsible animal ownership.

It was nice to watch Dinklage without thinking of Tyrion and wanting a dragon to eat him.

I’m going to give Fallen Kingdom credit where credit it due I liked it better than the first horrendous Jurassic World. Maybe I embraced the bonkers? But I still despise that scene. I would trade every stupid human life (who does this in the basement of their home?) in this movie to save that dinosaur!

This is one of those girl meets Prince Christmas movies that I couldn’t stop watching even as I was yelling at the television. I’m not sure poor Vanessa Hudgens can honestly pull off one role and two… oh man. She benefits only by the fact that these movies always seem have the blandest male leads on the face of the universe.

You know who would literally be a better romantic male lead?

And now for the top 2 that I still cringe to admit I not only saw but saw in the theaters.

The story of Sarah Winchester and the bizarre and strangely beautiful house that she built is fascinating. At the very least a fascinating look at mental health and the angle with the ghosts of the gun victims is interesting- and actually wasn’t to pound you over the head.

Plus it had a great cast lead by Helen Mirren…

But it was just so… silly and pointless. The ghosts were more interesting than the people. Why is there always a kid shoved into these movies? And the ending- I don’t watch a lot of horror but nothing surprised me. Nothing scared me. When she sent the ghosts back to lock themselves in their rooms I actually laughed. But not in a good way. 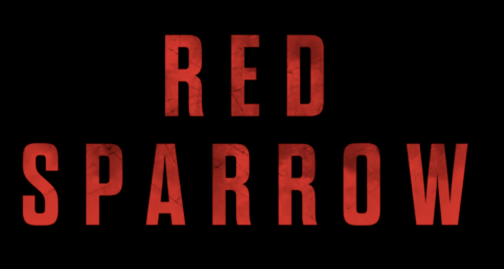 Oh dear. I clearly remember checking my watch about forty minutes in and thinking nothing has happened yet. Though I admit I did like the part where she beat the crap out of the people who broke her leg. But that was early. And the only highlight.

Because I honestly felt like this one would never, ever end.

Jennifer Lawrence might have been miscast- and trying to hard. But maybe the movie just wasn’t a good idea at all. The questionable sex, power dynamics. Iffy performances. No chemistry between the leads and needing to be trimmed by at least, at least an hour (if not altogether) I’d have to say this was my least favorite of the year.

Though I must admit we did have fun with the, “you sent me to whore school!” line.