I’ve been thinking about a March wrap-up and my recent reads worried I was in a book slump. Though I’m still reading a ton and I still want to read everything… but the last couple of weeks there hasn’t been anything that’s really blown-me away.

It could be me.

But I’m starting to believe it’s the books that are in a slump and not the reader.

I’ve read 42 books so far this year and I don’t think I’m being harsh. The books I thought I was going to love have so far been my favorites.

Potential that isn’t being meet is perhaps what I’m regretting.

Four Dead Queens is about a thief who sees the assassination of well, four Queens. She tries to decide what to do with that information and hopes to help the palace find the killer but there’s an interesting wrench throne into the works that completely changes the game.

Astrid Scholte used to work in films and you can totally tell that. She’s a good writer who I would totally pick up another book from. She gets so close to something here but doesn’t really crack it. 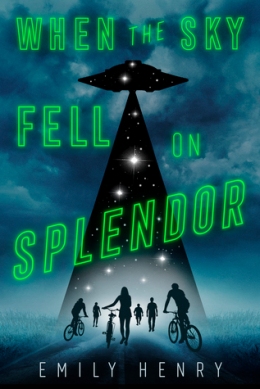 When the Sky Fell on Splendor about an alien encounter in a small and depressed town. I’m enjoying this one but I would because it appeals to me and I’ve heard this story before. Literally. It’s Super 8 vibes are strong but I love that corny movie so much! We’ll see how she ends it. So yeah fun but been there encountered that alien.

I mean I read a lot. Same with watching films. So yeah, it’s going to be harder to find the jewels for bloggers and people who love this stuff and maybe that makes it even more frustrating. And maybe I have fallen into a bit of a rut and need to shake things up…

I’m being to melodramatic for Spring, aren’t I? 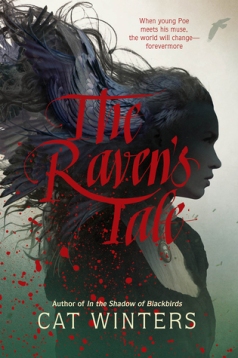 I’m only about 14% into The Raven’s Tale arc (it comes out on April 16th) but it’s, so far, a really intriguing story about Edgar Allen Poe and him actually meeting his muse. I loved her previous book Odd & True so I’m keeping my fingers crossed on this one. We’re also only days away from…

I think this trilogy will end well. I really do.

Killing Eve will be back on April 7th. I binged this show last year so I don’t know if I’m going to be able to stand waiting week to week. I do hope Eve gets her shit together though. I don’t actually want to be rooting for the unrepentant assassin but she makes it so hard!

Stranger Things 3 isn’t until July 4th but I loved the trailer. Loved that Max and Elle are going to be friends and there music choice is always top-notch!

I’ve heard only good things about Shazaam! Plus there’s Endgame and the return of hot bearded Jaime (also known as Game of Thrones coming back) so maybe it’s not a slump so much as a bit of rest for all the excellent, sure to be 5 Star, mind-blowing entertainment to come! Fingers crossed 🙂