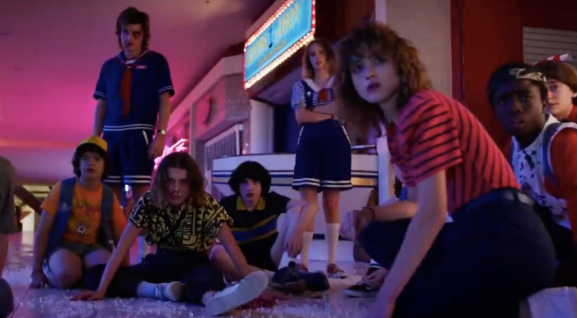 So I watched the 3rd season of Stranger Things in record amount of time (for me.) I think 3 goes down as my favorite season. I had some issues with it but for the most part I can say I love these characters, love spending time with them and am already excited for season 4. 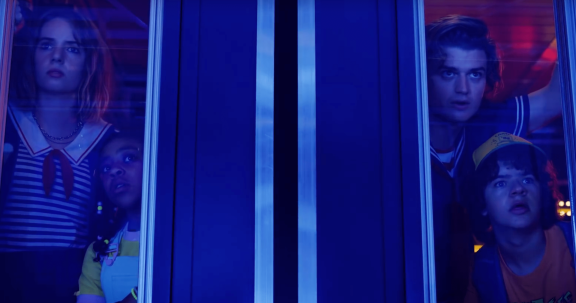 I was really impressed that they managed to build on a winning dynamic from season 2 and actually make it better. Hell they even introduced a brand new character in Robin (Maya Hawke) and not only was she great she managed to fit in perfectly with the team.

I wasn’t the biggest fan of Erica’s reintroduction here mostly because we had a (grown-ass) woman who would pull the same “How do I know what I want if I can’t sample everything?” bullshit like once a week when I worked at the chocolate shop. Erica was better when she was just talking and not being such a snot.

Poor Steve though finally wins in a fight promptly winds up tortured talk about characters who can’t win for trying. But man the look of pure happiness on his face when Dustin returned from camp and him and Robin sacrificing themselves for Dustin and Erica to make it out as well as that last conversation in the bathroom. 🙂 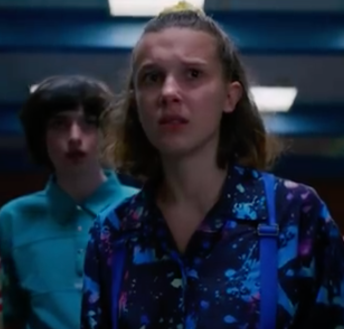 I know this has always been a dark show but I was actually surprised by some of the violence in this season. Specifically Steve’s beat down and the show down at the sauna between Billy and El.

Which I have to give loads of credit to the acting specifically Dacre Montgomery and Millie Bobby Brown.

The acting and all the effects and stunt work looked amazing this season as were the song choices. 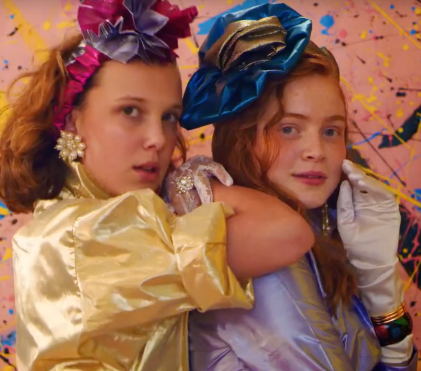 Everything is better with a shopping montage.

And this friendship was just so well done. Credit to the writers for fixing this and the actors for making it feel so damned real. I loved Max teaching El about the things Mike and Hopper can’t or don’t want to. It was nice to see Eleven truly smiling and laughing with a friend.

At the end when Max was crying over Billy I was like, “Someone go to her, someone comfort her…” I was so happy to see Eleven pull away from Mike to comfort her friend.

I’ve seen some people on-line make the argument that Max was actually destructive and hurting El by driving a wedge between her and Mike which is just the usual bullshit to me. They must have missed the scene where even Eleven said that Hopper was right she and Mike were spending too much time together. Hopper not Max.

In the end I think it made all four of them (El, Max, Mike and even Lucas) better more rounded characters and what the hell could be objectionable to people about that? And Mike was being an ass this season. Finn Wolfhard was great- that scene with Hopper in the car had me cracking up but boy needed to be put in his place. 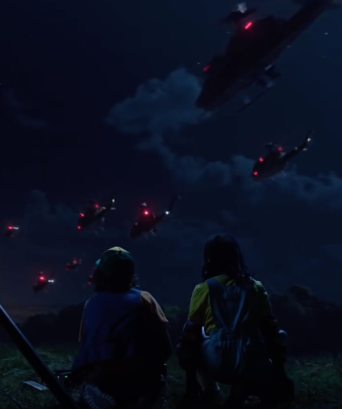 In fact credit the Duffer Brothers seemed to listen to some of the criticisms on season 2 and I thought this was the best season for the female characters from Joyce right down to Mrs. Wheeler. Nice to see Murray come back and tell Joyce and Hopper to go have sex and I wound up really feeling sorry for Alexei. 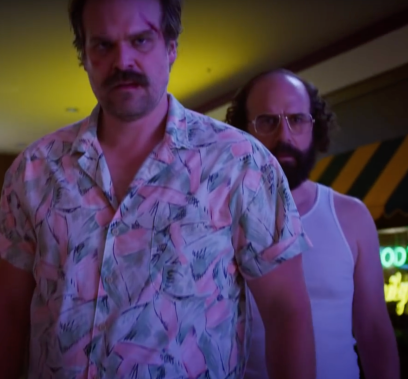 Speaking of Jim Hopper do we think he’s a goes commando kind of guy or is Joyce just really thorough about wet clothing?

Also you would think him and Joyce would be cynical enough to not make a date until after they had saved the world!!!

Anyway I thought David Harbour and Winona Ryder were great this season. Loved the back and forth between the two. Someone tell her about her magnets already! Yes Hopper was on the edge all season but I don’t think it was “toxic masculinity” I think he was supposed to have PTSD and things un-spiraling around him again did not help at all.

There’s a great shot when Alexei confirms what the Russians did and it strikes Joyce and Hopper that the gate’s been opened- he turns away and there’s a close up that looks like sheer doom on his face and then for a while he seems to pull away in a very un-Hopper like response.

I wasn’t really surprised by the ending as I thought he also had an air of tragedy about him all season. If he is the American in the Russian prison I can’t imagine what’s that going to do for his mental health. Hopefully he’s not waiting for El to find him because she still doesn’t have her powers back -and thinks he’s dead. 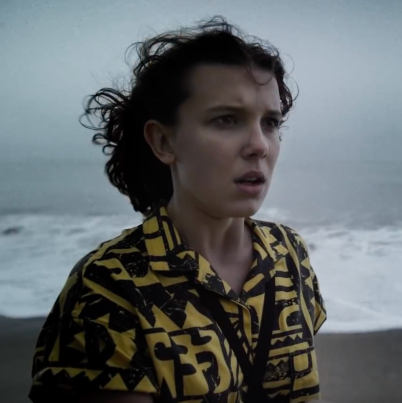 There were some bumps this season. I think Cary Elwes was a bit wasted. I still feel like Jonathon is bringing Nancy down and while I understood why Joyce wanted out of Hawkin’s a part of me is like, “How can you do that to El and Will?”

Some of the Russians in Hawkins doesn’t make sense either or at least I want to know certain logistics.

But overall it was a great season lots to speculate about (and a little to worry) concerning season four. But this alone feels like it’s paid off my Netflix subscription.

Recommend: Yes. I would recommend the show as a whole and if you feel like season 2 was a let down 3 will make you much happier!