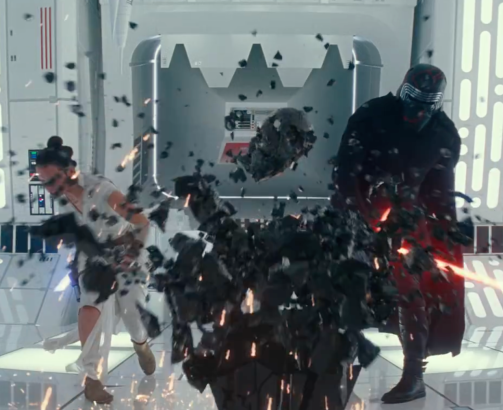 I was rewatching the Rise of Skywalker and I think elements of the Mandalorian could have perfectly explained the return of the Emperor!

Then I started thinking about my how it should have ended head canons and some fantasy spin-off ideas and thought why not?

Obviously spoilers for the Rise of Skywalker below. Also I’m in the middle on the movie so whether you loved it or hated it this is meant in good fun 🙂 But onto how the Emperor returned!

It was the fucking Jawas.

If the Mandalorian has taught us anything it’s that those things were everywhere and they can be on a crash site or even an empty ship while the engines are still smoking. So it makes sense when the Death Star went down they found the Emperor amidst the rubble and all the dark energy was still swirling around him that they could use.

So they thought hey, it’s our turn to have a little fun!

Everything plays out like it did and chances are they’d have the raw materials to put at least some of that fleet back together. Rey and Ben show up but they can’t keep up the act so instead they get found out and eventually all is well.

Or Rey is so shocked and it’s all hail the Jawa Empire from this point on.

Also Jodie Comer showed up as Rey’s mom. I don’t think the movie ever said which one of her parents was actually Palpatine’s kid but the Internet collectively decided it was her dad and I’m just thinking, “What? No.” If you’re going to cast Comer she’s the daughter of Palpatine and she doesn’t go out like that either.

I sense a book. Fix her Claudia Gray, you’re my only hope…

For a film with a whole lot of problems the biggest cop-out to me was killing Ben off at the end. And I have a lot of issues and thoughts about that character but I think he should have lived.

They take the throne of the Sith together. And I’m not even a Reylo fan but when she said she had exactly that vision I thought, “Yes, that. I have that vision to.” I mean one of the things people always say they love about the Last Jedi- it’s about failure so have some guts Disney (I knew they wouldn’t) let them fail or let them succeed in the worst way possible.

And then in another ten-twenty years we can have teenage Baby Yoda and new crop of nobody Force users to kill those nasty, nasty legacy people.

Or- and I can’t believe I’m going to say this- they could simply be alive together and take an in-between (gray) path as Jedi’s. Dyiading it up. Or is is dyading? I don’t know. To me it was bullshit that he had to die and the Skywalker’s be wiped out. Because yeah, genetics aside if everything had to stay the same I still think it would have been much more powerful for her to say, as she did earlier in the movie, that she was “Rey, just Rey.” And accept that was as worthy.

But yeah those are just my fantasy thoughts on the messed up galaxy far, far away where the Emperor had a kid and Poe can’t even get a peck on the cheek.

I hope everyone had a wonderful holiday & best wishes for 2020!