The Best Harley Story Yet 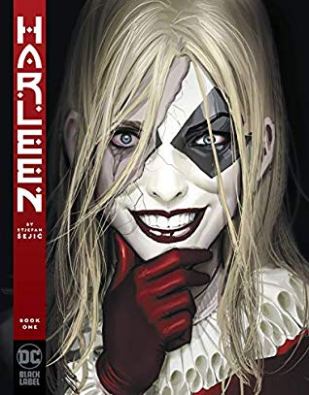 I’m not particularly good at fawning over things so let me just say I really think this is my favorite Harley story, Harley-Joker origin story ever and one of my top 3 graphic novels. I went into it expecting to like it because it is Harley.

I did not expect it to be so damned good or have so much going for it.

I love this stuff I took classes in college on criminal justice but aside from that the theory gives Harley an excellent reason for being at Arkham. She’s a young Doctor just out of school and looking to prove herself.

After meetings with a solider that committed a massacre Harley comes to believe if she can reintroduce or retrain the criminals of Gotham to feel empathy they can return to the path of the right. Bet you can’t guess what billionaire is funding her research? 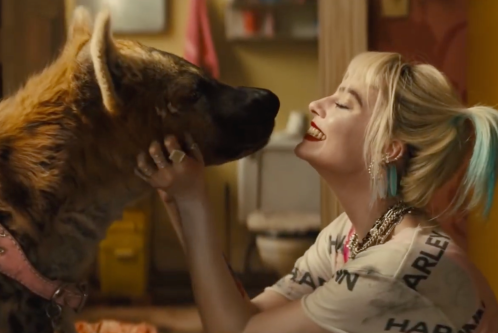 Harley comes up against Harvey Dent and several cops who believe the only way to help Gotham is stop pussy-footing around the criminal justice system so many of these people beat and just start executing.

Meanwhile we get the Joker who believes every one is basically waiting for one good push and reason to become just as bad as him. I love the back and forth of this one and it gives you something to really think about. 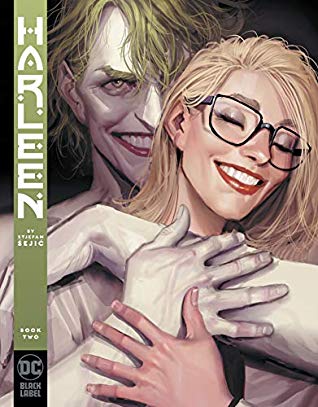 As much as I love her in a lot of the stories I feel like she simply flips too fast. Harleen has her suffering PTSD from a run-in with the Joker that nearly leaves her dead. She is terrified of him at first but knows without him her study won’t work.

It’s very human and realistic to me that idea that no one could know what you’re going through mentally for fear of you losing people or things that are important to you. And because of that by the time she finally faces him all he has to do is not be the animal he’s become in her mind and he’s got an in. 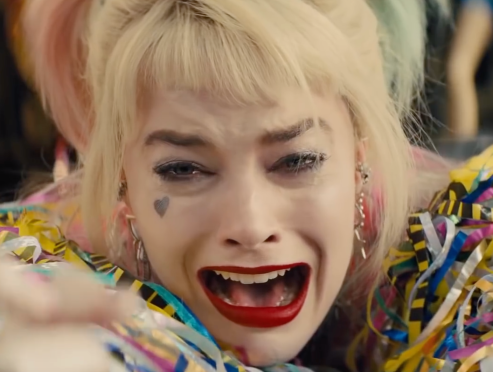 The Abuse and Manipulation Angle

I love that while the Joker is more gentlemanly here we can see that he’s outright plainly manipulating her. We even see a guard bring him her personal files.

She is a game to him. He tells her what she wants to hear for her theory but then it becomes about him… She’s convinced that if she can save the Joker of all people that would irrevocably prove her point and her carelessness and mistakes begin adding up. 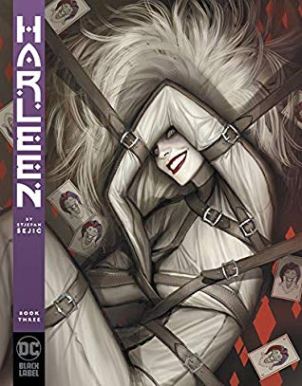 As things ramp up and a reader might begin shaking their heads in judgement we realize Harley is narrating this story from some future. And she knows and acknowledges those mistakes.

Which also felt so realistic to me as well. How many times do we (or at least me) look back on bad relationships or just mistakes and only then can we all see clearly exactly where we went wrong?

Neither character features much considering this is the beginning of H&J’s story. But they are in there the perfect amount and the ideas are laid for why both might take an interest in her in the future.

While there are nice moments with Harley and other people throughout they were nice touch scenes where we, and Bruce and Ivy, can see and recognize Harley’s innate kindness and good intentions and both have been around long enough to know how that’s going to go for her.

While it does get more provocative as the story goes on and the Joker gets more in her mind one of the things that struck me was Harley looks like a normal person. Lovely sure but also a tired, overworked Doctor, whose mental state is questionable.

Did I dislike anything about these graphic novels?

Well I do think the story with Harvey and the vigilante cops is a little too fast. He can’t and shouldn’t be given the time he deserves in a Harley book after all but it does hurt it a little. I also called her breaking point act pretty early on in the series and wasn’t wrong. 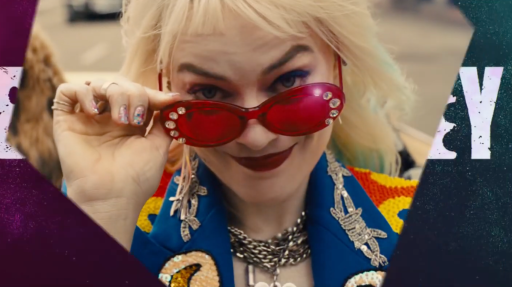 But overall Harleen was a great series. (And it is complete!) It digs into the psychology of the character and the abusiveness of her relationship with the Joker gives some good moments to other characters and I absolutely loved it!

Recommend: Yes. And I don’t think you need to be a die-hard Harley or Joker fan to read and enjoy it. I’ll definitely be checking out more of the DC Black Label books in the future!