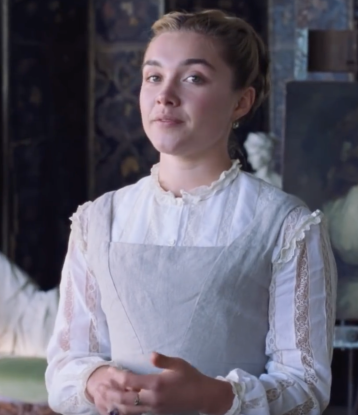 It was a surprise to me during the run-up to the recent movie when I heard Amy March was an unpopular/controversial character amongst Little Women fans. I thought why?

And then I was thinking you’re a card-carrying member of the Catelyn and Sansa Stark fan club (books anyway) and the three characters actually have a lot in common with each other that I think makes them unfairly divisive.

They live in their worlds completely and live by the rules of those worlds.

They aren’t the rebels or the warriors or the evil Queens. They don’t have dragons. Their power, whatever that may be, comes from the men their attached to which even in the real world a vastly different world Amy March knows that’s the case for her as well. While it makes them realistic great characters it also makes them harder for modern audiences to relate to.

Probably because living buy those rules means accepting that and working within those boundaries.

We all want to see ourselves as Jo after all with the power and passion (and energy) to follow our creative dreams or Dany (well we did) with the dragons at our backs.

They go against popular main characters. 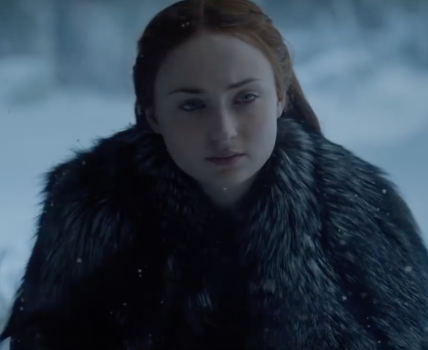 Sansa lied about events with the wolves choosing Joff over her sister then goes to Cersei with her father’s plans to leave. Then she doesn’t kneel at her forced wedding to precious Tyrion. Amy of course burns Jo’s writing and ‘steals’ the trip to Europe and that other thing I’ll get to in a minute…

Cat. Cat’s the worst. She’s mean to Jon while she’s in the middle of a breakdown (further to that she wasn’t his mommy which is awful for some people) and of course she kidnaps Tyrion.

Now you can get into ASOIAF and debate the details but one thing that always strikes me (especially in the ASOIAF fandom) is the massive double standard applied and the inability to accept that they are confined by the rules of their world.

I think Cat gets the worst of the double standard because she also gets leveled with the evil step-mom to the sweet little boy. 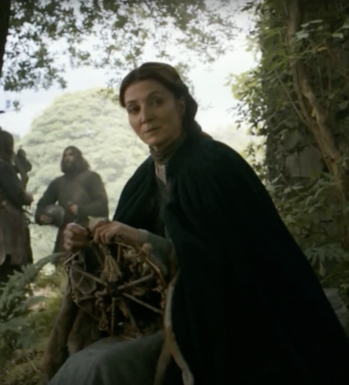 Even though Cat had no power in her marriage (even the idea of her marriage was not hers) and the person that did- well he was just doing what he had to do to protect his nephew.

She also gets lumped in a lot with Jaime who was just doing what he had to for love when he threw her son out of a tower window in an attempt to murder him. But Cat oh that’s a different story for people.

I think the old-school gender double standards are high in ASOIAF which of course had its main three books published 20+ years ago. Things have changed but that being said I don’t think the writing in the show did those Thrones characters any favors. They took the hardest fanboy view of Cat and then silenced her, they changed up Shae’s relationship with Tyrion but then also did her a massive disservice at the court scene and the scene of her own killing! And Sansa? Well empty crowning gestures are best left unsaid.

Greta Gerwig did a much better job with the character of Amy March. (Can she retroactively rewrite the Cat story for me? Same actress just different writing!)

But then that gets to Amy’s so-called cardinal sin. She lives in her world, plays by the rules and…

She gets the guy she loved with the money she needs 😉 And he loves her back! Which is apparently another reason to hate her. I never cared one way or another for Lori but I know that wading in the middle of fandom shipping of any kind in any fandom is a fraught purpose.

And she wins cleanly which is a difference even between the three characters. Martin punishes Cat hard and that’s even before she’s brutally killed and made into a literal monster. We can debate Sansa’s show ending but its not debatable that she’s punished in both versions- in the show actually worse than the books (so far) and yes the argument can be made that Jon, Tyrion and Jamie for instance are also punished but I would say those characters are nowhere near as hated, in fact they are deeply loved characters, as Cat or Sansa.

But before I really go off the rails… (the fact that Amy and Sansa where children vs. the Tywin worship and justifications for everything he did!)

Double standards drive me crazy in real life, fiction, fandom and social media. But in the end love whatever you love, hate whatever you hate and I will continue to be a card-carrying member of the Amy March, Catelyn and Sansa Stark fan clubs and enjoy talking about them!