My original idea for this list was Books to Read when you have a Migraine but then I just expanded it to whenever you’re any kind of sick lying around in bed and want to think about something other than how shitty everything is but also don’t want to pick up the latest 700 page tome.

These are quick (mostly) fun reads!

The Plays of Oscar Wilde

I’m currently (slowly) working by way through an edition of his complete works and though I’m sure Wilde fans will disagree with me the plays are super easy. They don’t require much work and we’re actually the first things that came to mind if you do have a headache. 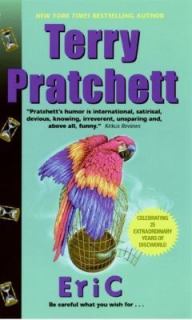 Okay these probably aren’t the best reads if you have a headache already but any other illness and a journey to Discworld, Terry Pratchett’s funny fantasy series, is well worth it. There’s multiple characters and ideas and puns to make you smile. Plus even sick they are really fast reads which will make you feel like you’re accomplishing something.

Another short read a sci-fi thriller about the last survivor on a mission to inhabit another planet and the possible help that’s sent for her.

This will absolutely make you forget about your allergies, stomachache or anything else that’s ailing you.

Also: The Fallen Children and Invasion of the Body Snatchers are good sci fi- reads for when you’re sick. And Riley Sager’s books are good for some quick fun thrillers.

You can catch up on the Murderbot Diaries before he gets his first full length book, Network Effect, this May! (My most anticipated book of the year!) They are super fun reads with a great main character who just wants to watch television but keeps having to protect this stupid humans.

I actually listened to the whole series on audio book and would recommend them that way as well.

I’m generalizing here but books that are mostly bright shiny pictures are great for when you have a migraine or allergies have turned your eyes into enemies. Two fun favorites are perhaps unsurprising:

I Hate Fairyland is about a young girl pulled into a sugary portal world fantasy only she can’t get out, even to the shock of the other residents, and winds up a murderous thirty something trapped in the body of an over-sugared child on a rampage. 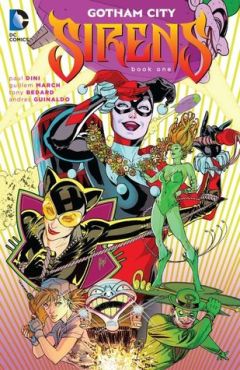 Harley, Ivy and Catwoman decide to become roomies and throw in together. It’s a surprisingly deep friendship, fun and a bit of crime ensue.

If you are looking for something darker: 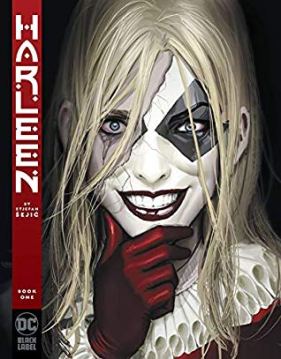 One of the best Harley books I’ve ever read (technically there are three but I’m counting them together!) A very dark look at Harley’s mental health even before she stands in front of the Joker. 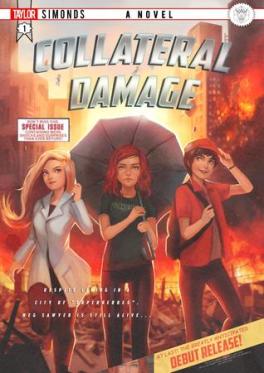 A super fun quick read about the well, collateral damage, regular civilians living in a city full of super heroes and villains constantly fighting. Hint: It’s not good for people’s cars… among other things.

Anyway these are all great reads period but especially helpful when you aren’t feeling well or happen to be stressed or worried about your life or anything going on in the world these days.