Well unsurprisingly (I was still hoping at least) Black Widow has been pulled from May 1st. I’m guess the Wonder Woman 1984 announcement comes next.

I don’t know about the rest of you but I’m pretty much done with 2020.

Yesterday Universal announced that it’s going to drop The Invisible Man, The Hunt and Emma on streaming as of the 20th despite the fact those movies would technically still be in theaters.

I’m guessing it’s just going to be $20 bucks for 48 hour rentals. But I mean $20 bucks is still akin to two people actually going to the theater so if these do well it could really change theater going. Trolls World Tour is going direct to streaming as well.

I’m honestly thinking The New Mutants and Antlers could stream. And probably should. Hopefully the studios will do the same for other movies that where in theaters or have release dates coming up like Portrait of a Lady on Fire and St. Maude.

Black Widow well I’m just going to have to wait. (Stranger Things season 4 has also stopped production so my Hopper draught will be a long one. But hey at least I found toilet paper this morning!) I’m hoping Marvel is just going to shift their schedule. Black Widow takes Eternals spot. Eternals takes Shang-Chi’s February spot (since Shang-Chi stopped production as well they may have needed to move anyway) etc.

Marvel shows are probably going to get pushed back too since production had to be stopped. Falcon and Winter Solider was supposed to drop in August but I imagine it will take Wandavisions December spot (sigh) although pushing Wandavision to a February 2021 release for Valentine’s Day might not be the worst idea marketing wise. 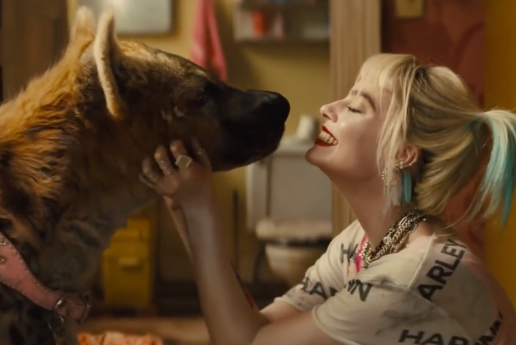 Also Birds of Prey and The Gentleman are moving up streaming releases so we’ll be able to access them on March 24th. I haven’t seen The Gentleman but I really enjoyed Birds of Prey it’s the perfect kind of fun movie for these days so if you didn’t get a chance to see it in theaters it’s worth the $20- and I’m pretty sure these are their releases so you’ll be buying it for $20 not renting.

At least while trying (really hard at this point) to look on the bright side I’ll have some good films to watch. I hope everyone is safe and well!