George R.R. Martin has stated that he’s using self-isolation to spend a lot of time in Westeros. And he even confirmed he’s talking about the Winds of Winter and not some side-project!

I mean I’ll believe it when it’s in my hands and I’m reading the Stoneheart, Jaime, Brienne showdown or the true Battle for Winterfell (#Stannislives). But I’ll take what I can hope for right now!

It’s also been reported that Jon (I can only be in movies ten minutes tops) Bernthal is going to be starring in a pilot for Showtime. A remake of American Gigolo. I’m telling myself that the current mess isn’t going to tank any projects just put them off. 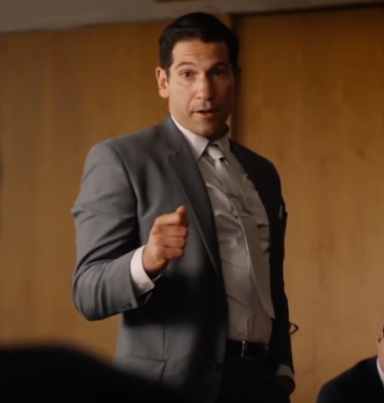 I’ve never had any desire to see the movie (still don’t) so I could be way off but hey it has gigolo in the title and it’s on Showtime so sex and nudity are a definite likelihood.

Lastly there’s some pretty big Mandalorian casting news. It’s all over the place now but I’m going to speculate what it might mean below so…

But apparently Rosario Dawson has been cast as the live-action version of Ashoka Tano. I know she’s a fancast and everything honestly I don’t care one way or another about Dawson but Tano appearing on the show when she was last seen with Sabine and the Dark Saber.

Also it’s potentially important for his search for Baby Yoda’s people at least in the sense if he actually gets to Ahsoka he’s going to connect him to the Jedi. Or perhaps she’s a prisoner of Moff Gideon?

Of course I mean she could be playing Ahsoka in the last five minutes of season 2 and we have to wait even longer for season 3.

But like I said I’m trying to look on the bright side and Ahsoka in live-action is fantastic plus it means that likely the Mandolorian is not going to drag story wise. Plenty to speculate on for the next couple of months!