I really enjoyed it Birds of Prey when it came out last month. Still do. Bought it immediately when it was available and watched everything and honestly that only reinforced my biggest issue with the movie.

Besides Harley it needed stronger characters.

Perhaps that’s a little harsh. I did like Black Canary and think they did a good job with her but I think Journee Smollet-Bell gave a great performance and had more screen time than the others.

Every other character besides those two was adapted as a weaker version of themselves and don’t even get me started on Cassandra (Why did they even call her that?) Cain. I’m not going to theorize on why I think they were written so poorly but there are things I would have liked to see that I think would have been stronger options.

Waller and Harley have a history in Suicide Squad of course- events references in this movie. And it’s a relationship that’s prickly at best and could have been fun to explore with two powerhouse actresses.

I don’t even think Waller needs to be a big part of Birds of Prey. Have her pop up to have a couple of goes with Harley maybe drop some lines about what kind of person she’s going to be without the Joker and what she can do or make her wonder if there’s another bomb in her somewhere. Mainly Waller could just fuck with Harley’s head.

Or maybe have Waller tell the Gotham P.D. Harley’s off-limits or that they even have to watch her back against Roman.

Because that leads me to Renee 80’s Cliche Montoya.

I get what they were trying to do with her and the big mean men cops. They weren’t subtle about it. But I mean when you really think about it repeatedly saying someone’s an 80’s cliche cop isn’t really character development. Montoya should have been somewhere along the lines of Rita in Bad Boys for Life.

Plus if a Detective with a lot to lose has to work with Harley or protect her if Waller pushes it it would be a more interesting character arc for her. And somehow make it more believable when she gets out of handcuffs and climbs back up a window she was just shoved out of without any issues whatsoever.

Plus if she and the cops are an actual threat to Roman it only strengthens both their characters. Which leads me to my third point…

He was an okay villain again helped a lot mainly by the performance. But when I was rewatching it and he went to put the mask on and they made this big dramatic deal with it I was just like… 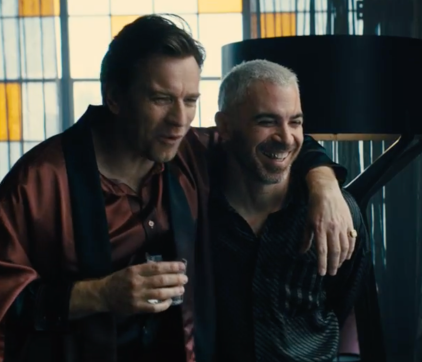 This is a guy who has his own face on his pajamas and everyone knows who he is. He didn’t wear a mask when he oversaw those people’s faces being cut off and you would think a guy whose that fond of himself who hates Harley as much as he does would want her to see his face when he came at her.

So like many of the characters he was Black Mask but in name only. Or it would have worked better if she had messed that face of his up at some point and that would have been a better grievance too so on the Roman point. So Roman doesn’t need a lot of work but he needs some important work. 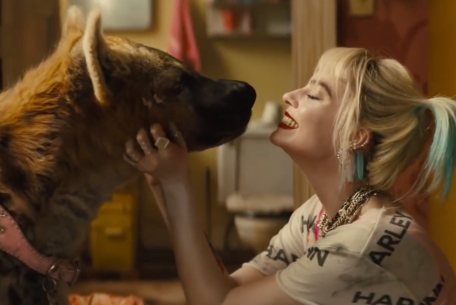 At first I would have just replaced her with Barbara Gordon but they’re bringing in a Barbara that sounds perfect on Harley Quinn season 2 so I’ll wait. But you don’t have to get rid of Cassandra and despite the movie being crowded you don’t have to sacrifice her backstory. You just need to tweak it. Tweak it a lot maybe but still.

First I’d age her up to college age and recast.

Then maybe have Roman buy her as a highly trained assassin who freezes up and can’t complete her first mission for him. Roman is furious maybe in an effect to get away from him she still takes something important to him and then he puts word out to collect it and bring her in. Harley winds up helping this Cassandra anyway.

Black Canary and Victor pretty much play the same parts they did. Huntress waits for a future film and then after all is said and done Harley helps Cassandra escape Waller’s interest and instead joins up with Waller in an end credit scene and tells her she’ll go back to the Squad if she leaves the kid alone- hence set up for Suicide Squad 2.

Like I said despite the character problems the movie is still fun, well-acted and more than worth the watch. And I’m not a stickler for by the book adaptations (which with comics is going to be tough anyway as there’s several different versions of many of these characters) but I do think it could have used a better script and I can’t help but wish we had gotten better versions of some of these characters.