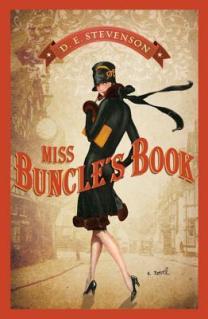 Is maybe not the best idea!

In need of money Barbara Buncle has written a book about the residents of her small English village. While she does it under a pen name and disguises everyone it turns out not so well and the residents are a bit quicker on the uptake than she might have given them credit for.

Which causes chaos in this quaint English village.

I heard about this series recently and thought hey, books about writer’s! I’m in! This is much more small town life and while it’s somewhat disjointed because of that going about to multiple characters and stories in the end that also gives Miss Buncle’s Book it’s charm.

There’s the kind Doctor and his wife, the old soldier with a crush on his neighbor, the rich hypocrite, the unhappily marrieds, the gold digger, the poor Vicar, and Barbara of course.

You’ve seen the characters before sure but they are well drawn here and honestly all the stories were enjoyable. The search for the actual writer feels a bit dated (it was published in 1934) perhaps because  for the most part absolutely no one believes it could even be written by a woman until the very end.

If you’re looking for a cute, homey little slice of life (in the 30’s anyway) Miss Buncle’s Book is a fun little read. I will say I think some of the resolutions happened a little to fast and there’s at least one character whom I much would have liked to see get there’s 🙂

But the end of Barbara’s story was nicely done even though this is a series there’s a definite ending here. I liked Miss Buncle’s Book but I don’t feel any pressing need to continue with the the series. But it was a nice distraction and something a bit different than what I would usually read.