Well we’ve marked another week and in trying to look at the bright side we did get some fun things to look forward to this week.

Let’s come back to Belle’s new book and talk about the gift Vanity Fair gave me this week. 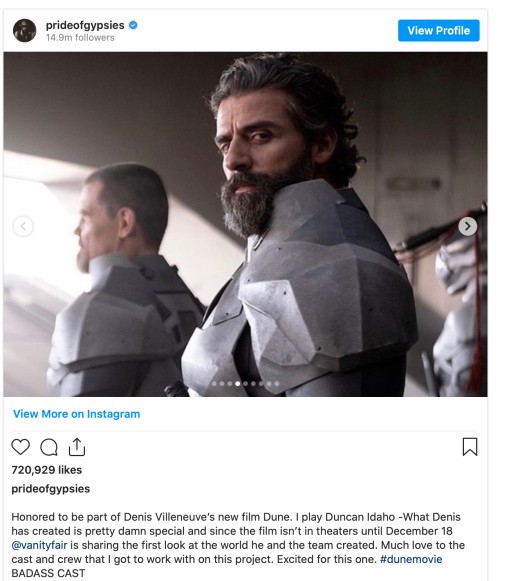 Vanity Fair shared an exclusive look at Dune which Jason then shared pics on his Instagram all of which was lovely. Clean shaven Jason and bearded Oscar. I don’t know what I’m going to do! I’m thinking from the synopsis I better enjoy their characters while I can. Chalamet has grown on me recently but I can’t help that he looks like Loki and Kylo had a love-child in these pics!

Disney has announced a series of books called The Queen’s Council– the first one has Belle in Paris during the French Revolution. Which I don’t imagine would be good for her since she married a Prince. And is it wrong of me that I want them to go full guillotine and chop his head off and then maybe she’s a prisoner for real at that point!

That won’t happen on Disney but if these books do well I wouldn’t be surprised to see a Disney + show.

But speaking of things Disney can’t do Warner Brothers has announced JJ Abrahams Bad Robot is producing a Justice League Dark series for their new streaming channel. Not much is known but I’m thinking this is a really good shot at a (hopefully) first rate adaptation of Zatanna!

And while we’re on Warner Brothers The Harley Quinn show season 2 is currently running on the DCUniverse App. While I think the show is best binged I did watch last weeks Batgirl debut and loved it! I wish they’d get it together and bring those writer’s into the live-action film.

And I finished this whole post without an epic ode to Oscar and Jason. Go me! I hope everyone has a lovely, safe and healthy weekend!