I’m generally using lockdown time to work my way through my backlist books so I thought I’d recommend some great fun reads that I think are wildly under hyped for everyone to, hopefully, enjoy!

The story of an alien who comes to Earth to assassinate someone and take his place only to learn the horrible joy and awful wonder of being human. The end of this is particularly beautiful and something I think everyone should read and remember.

Matt Haig’s nonfiction mental health writing rightly gets a lot of hype but I think this one stands out above all others.

The Book of the Ancestor Series

Okay so I have seen this completed series (Red Sister, Grey Sister and Holy Sister) get some love but not nearly what I think it deservers. It’s a violent and brutal world about magic assassin nun training.

I admit the first part of Red Sister was a bit rough but what this series truly excels at throughout is incredible female characters, of all ages, and the power of friendship.

Kings of the Wyld

A group of out of shape aging former mercenaries get the band back together to go try to save a city under siege by monsters. It’s not so much about the ending as the journey where they face their past, their demons and come to terms with their current lives.

This is getting a series and while I have a lot of thoughts on the casting if Russell Crowe doesn’t play Clay I’m going to be so sad! 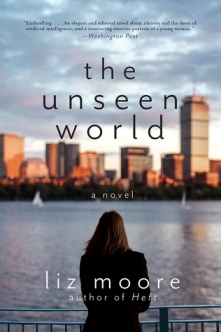 This one is about a daughter, grown now, remembering her childhood with her equally brilliant father and trying to solve the mystery of how and why he fell apart. While in the background he’s coding a program the likes of which has never been seen before.

This is another one while interesting and moving throughout the end just nailed the story together perfectly.

A Cinderella retooling focusing on young Nicolette an inventor who very much wants to follow in family footsteps and start her own business. There’s a sequel Venturess that I very much still have to read.

It’s a great friendship, true girl power story that always happens to still have one of the most beautiful covers I’ve ever seen.

This is Not a Test

Summer’s zombie apocalypse books still stands as one of the best most chilling zombie tales period in my opinion. I admit it probably freaked me out more that a lot of the story takes place in a high school but still, if it works it works right?

Be warned if you’ve never read Summers she doesn’t shy away from the brutal stuff. Sloane is also one of the most realistic zombie survivors I’ve ever read and again much like Summer’s other writing that does sometimes make her hard and uncomfortable to read but totally worth it.

A Touch of Stardust

I love reading about old Hollywood and this historical fiction “behind the scenes” look at the making of Gone with the Wind and the relationship of Carole Lombard and Clark Gable is perfect for a lockdown read.

The making of the movie itself was a wild ride and Lombard is such a fun interesting character!

Yet another book with a sequel I desperately need to get reading! (Book 3 in the series comes out in the states in September. The series is a translation of a popular French series so if you are lucky enough to speak French you could probably pick up the finished series already!)

Anyway it’s about a young girl who discovers she can travel through mirrors and much to her dismay is sent away to a foreign land to marry for diplomacy. There nothing is what it seems and everyone has an angle.

A great fun story about monster hunting sister and family secrets. Both sisters are fantastic strong brave characters (one risks her life to save a dog which immediately won her all the stars in my book) it’s a very early seasons Supernatural yarn and Winter’s does right by all the characters including one whom you may not expect in the beginning.