How Will Cinema Change Going Forward? 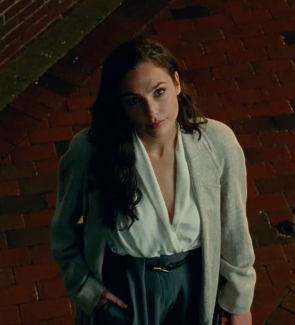 A lot of people have been talking recently about what movie-going is going to look like as we open back up as it’s something I did frequently it’s a subject that really interests me. What will it look like going forward?

And will people even go to a crowded theater until a vaccine is available?

I honestly don’t know if I will.

And I’m not even going to discuss the on-going economic impact- that I don’t know if I’ll be able to but as much as I love movies will I really, really go sit in a theater for hours in an uncomfortable mask not wanting to take a chance on the restrooms or the concession stands (if food is even available or affordable.)

A lot of theaters even in states reopening are not doing so right now. AMC has said they don’t plan too open until July closer to the time Tenet and Mulan are getting ready to come out.

Two plus months is a long time and a lot might change. Both those movies were in my top five 2020 films. Hell Mulan was probably #1 for a while but thinking about it and I’m like eh, maybe I will but I just don’t know…

There’s been talk about reduced capacity seating. I’ve heard people mention a checkerboard seating plan which automatically made me think if I’m on an aisle (my preferred seat) and someone needs to get up and use the restroom aren’t they still literally standing over me?

And I know plenty of people will say oh, gee you’re overreacting it will be fine if someone passes you to go to the bathroom- they won’t sneeze.

But then that begs the point of what is overreacting or under reacting in any of this mess?

And why are so many people on the Internet so god-damned judgmental about everything?

I think Wonder Woman 1984 in August will be the big draw for a lot of people no matter what the theater situation looks like. We’ll be in the dog days of what will likely be a rough summer and in my part of the world achingly hot after months of heat. It might look good regardless of the chances.

Plus there’s been a lot of talk about shortening the theater runs at least while the virus is on-going so if it comes to that and those movies release but if it’s a Tenet and Mulan will be in theaters sure but on VOD demand by Labor Day type of scenario… I’d wait for streaming.

And speaking of the VOD thing AMC is currently fighting with Universal banning all their pictures over the direct to streaming release of Trolls World Tour. Which I’m betting will last all of a hot second.

Why aren’t they fighting with other studios yet (Scoob! is also going to stream) well probably because Universal’s statements have implied this will be something they will consider more and more of in the future.

But it does make me wonder about something I was thinking more and more before this started… does every movie need a big screen release? Even as someone who loves films and watches a lot of them in theaters. I would honestly say probably 85% of the movies I saw last year in theaters I would have been perfectly fine seeing them at home and lost nothing in the experience.

We can speculate a ton about what movie-going might look like but July feels, and is, still pretty far away and things are changing pretty rapidly. It will be interesting to see what the theaters come up with in terms of social distancing, if people go back, and how this further changes the usual Hollywood business model.