I finally finished my reread of The Stand this weekend and overall I’m glad I did. I’d still give it 5 stars for its sheer scope (even if it could still use some editing) and also because I’m older now I felt like I understood it on a different level and enjoyed picking up on some of the ways the stand has influenced modern works.

But seriously the most fascinating thing I learned concerned Marvel!

I didn’t realize that in 2008 Marvel Comics did a version of The Stand! So technically speaking Randall Flagg and Captain Tripps are part of the Marvel Universe. 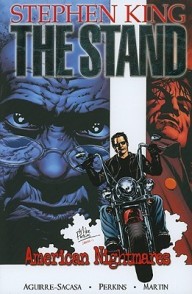 Well, okay maybe we should say the multiverse which is about to happen in my most anticipated Marvel movie Doctor Strange in the Multiverse of Madness which did unfortunately get pushed back to 2021.

(And now I’m putting money on them pushing back Wandavision- my last most anticipated entertainment event of the year. I wouldn’t be surprised if Christmas actually does get cancelled this year.)

But back to Marvel’s The Stand. 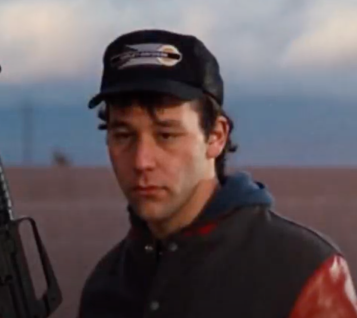 Doctor Strange’s director happens to be Sam Raimi who had a small role in the 1994 mini-series of The Stand. So I mean it’s not unthinkable to imagine we could get some kind of cameo or Easter egg.

Anyway back the to actual book. The Stand is arguably King’s most famous work about a flu that wipes out most of the world’s population over the course of like a month and the battle that forms afterward between the good side followers of Mother Abigail and the bad guys following Randall Flagg.

It’s typical King of that time period for better or worse. A lot of the writing and descriptions would upset people today and while I think the idea of good and bad is a little basic it’s also not as cut and dry as some of the detractors make it out to be, especially on the bad side. People do try to stand up to Flagg. There’s children over there that aren’t bad at all.

While I remember loving Stu and Fran before this time around it was characters like Harold and Nadine who interested me more. I especially took note of Harold’s knowledge that it was his protracted adolescence that had fucked him. For all the good and bad of the book there’s a lot of ethical meaty stuff that keep it interesting.

I can see the influence of The Stand in Westeros as well. Especially in the big things about the dark hearts of man, “good” people making the wrong choices, “bad” people making the right ones, etc. Unfortunately also in the fact that death comes for both without compunction in the end and it’s often ugly, lonely and cruel even if you are the hero.

So I’m glad I finally reread it. There’s a ton to the book and it’s definitely worth a read although I can especially understand wanting to wait until a later hopefully pandemic-less date.