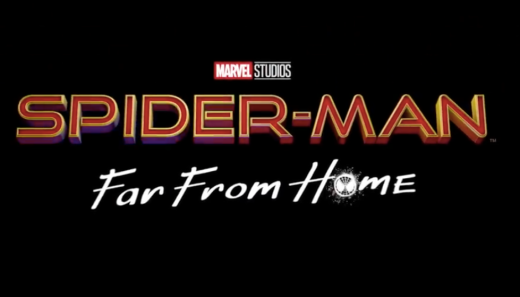 So the Spider-Man Far From Home trailer was released.

They don’t get timeline specific in the trailer and I mean we all knew certain things were not going to stick- this movie was in production last year when Infinity War was out but still pretty nuts to just release a full-blown trailer anyway. Not that it gives anything away from Endgame though I am thinking this lends credibility to my number one death pick. 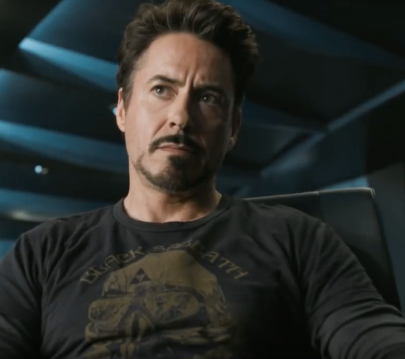 Yeah, yeah. It’s impressive how he’s not even in the trailer and I can still make it about him. 🙂 (I’m still trying to decide if I want to  write about the continual bullshit treatment my other favorite Stark gets in the Game of Thrones community but I’m generally trying to block that crap out so…)

We do get some Happy/ Aunt May flirting which I can so get behind!

Happy flirting Happy and cranky Fury checking on Peter. Which was actually pretty awesome like Pete, welcome to a whole new level of intensity.

Maybe Tony’s off with Pepper and the baby? Maybe they knew Robert Downey Jr would be too much of a spoiler as most people do have it down to him and Captain for top Deaths that will stick. But then maybe Fury is keeping an eye on Peter because he knows the kid meant a lot to a Tony who sacrificed his life to bring them all back???

And then there’s Mysterio (Jake Gyllenhaal) who kind of does look a bit like a younger Downey and his shady character seems to be working some kind of long con.

It’s even remarked in the trailer he seems a cross between Iron-Man and Thor. Playing on Peter’s grief perhaps? Okay, also true it’s definitely not clear whether Peter trusts him at any time in the trailer but still. Mysterio definitely seems to be working an image here.

The other thing this trailer naturally doesn’t answer is the one Endgame ending that would annoy me. No one remembers anything or they reset history and it never happened for anyone but the Avengers.

Far From Home looks fun for a first trailer and the cast is great but I hate to admit my biggest interest  in it right now is what it might mean about Endgame.