It Follows Does the Deed 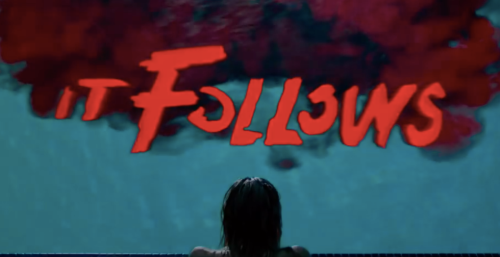 So despite chickening out of Halloween (was there ever any doubt?) for some strange reason I was determined to watch a scary movie for October’s Blind Spot. It Follows seemed like a perfect one.

I mean after all its not some serial killer sneaking in and hacking you to death. Just don’t have sex with anyone whose seeing things that other people don’t and is possibly cursed. Which is a really good rule anyway.

Jay (Maika Monroe) unfortunately does not follow that rule and she finds herself being hunted by “it.” No one entirely knows what it is and it can take any form. It’s also only visible to the people who are touched I guess you would say. Only you can see your death coming.

And it walks. It almost saunters.

It doesn’t need to run. 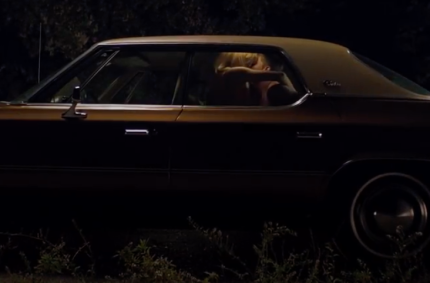 Best part is even if you pass it along to someone else…once it kills them you’re up again!

I thought those were elements that actually made this film far scarier and more unsettling than I would have thought going in. (Unfortunately for me.) David Robert Mitchell said this was inspired by nightmares of being followed and well done! 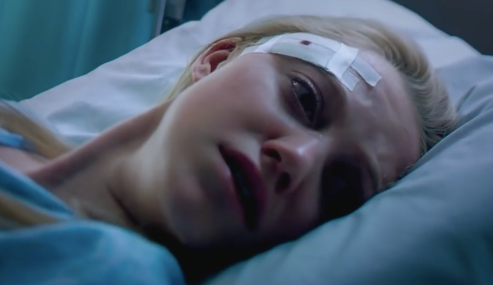 The performances are good. The movie is strangely pretty even though its horror and we do get some decrepit houses/neighborhoods places along the way. I liked the friends and supporting cast and I really loved the score for this one which was done by Disasterpeace.

But I will say the two guys really felt wrong with the whole hey, I’ll gladly “take” it from you. The one dude was actually jealous! Like morons even if its all her in her head this is not a good time to try to score- in fact that’s probably even worse if it is all in her head. Ugh. I mean it was fairly low-key but it was still very there.

It Follows also feels like one of those movies where I’m watching it and I keep thinking is there supposed to be meaning to this? Is this going over my head? Should it be? Does it matter?

But it was scary. It was unsettling and I will say except for like one or two small bits it did it without being gory or overly violent which I can always appreciate. Currently available on Netflix I’m glad I stopped watching Daredevil long enough to give it a go!