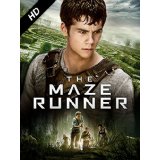 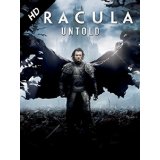 Which today is going to be nicknamed migraine Friday but that’s a whole other story. I thought about how to put these together but then honestly there’s not that much to say about two of them so I went from my personal least favorite to my favorite of the three (or at least the one I would recommend.)

If I Stay: Mia has the perfect life. No really, she’s an extremely talented musician auditioning for Julliard. Her family is unbelievably cool and her boyfriend is a sweet, loving and utterly loyal. He’s also an upcoming rock star. But just when you realize that you can’t stand Mia a car accident leaves her comatose and wipes out her family. For most of this movie Mia is a ghost trying to decide if she’s going to stay or go.

Why’d I watch: I liked the book.

Problem: Chloe Grace Moretz is hit or miss for me. (I’d recommend Laggies for a movie where I liked her.) Plus it really is the most boring love story ever and no chemistry whatsoever between the leads.

Honestly: I cried. It’s sad okay? But I probably wouldn’t recommend. Too many problems with it and the movie totally relies on the old emotional manipulation thing. And if you are watching it you may want to be careful because there is the death of a child and parents to upset people.

The Maze Runner: A group of teenage boys are trapped in this maze like structure that they have to find a way out of even though it’s guarded by these scary mechanical spider like creatures. Everything runs like clockwork until Thomas arrives and followed after him the very first girl. She comes with the promise that she’ll be the last.

Why’d I watch: I liked the book.

Problem: Honestly? The movie is well-acted and it’s a fascinating idea but I was bored. The token female character in the story did nothing.

Bigger problem: Like the book this is the beginning of a series. Only while I’ve always found that first movies usually do have some kind of closure and give some answers this one was all cliffhanger. You literally go from the maze into the beginning of the next movie (I presume) with nothing. Like I said I was bored and wasn’t even interested enough to care about the next movie.

Recommend: If you’re a fan of the series then you’re already around my biggest problem with the ending. Other than that I’d recommend waiting to see if the whole series gets made.

Dracula Untold: Prince Vlad (the Impaler) sells his soul to seek the help of a dark creature and keep his people (and his wife and son) from falling into ruin and the hands of the Turks.

Why’d I watch: My friend said and I quote, “It wasn’t as bad as I thought it would be.” Plus Luke Evans is hot.

I found it unintentionally funny how badly it goes for the poor guy. I mean all he was trying to do was save people you almost have to laugh and I definitely would have demanded a refund or a do over from the dark one.

Biggest Problem: I’m nitpicking but this is one of those movies where the super strong super powerful being for some reason decides he’s going to fight the bad guy on the bad guys terms and indeed at a loss instead of just taking two steps and snapping him like a twig.

Recommend: Yes, this one I would. It’s not great but Luke Evans, Dominic Cooper and an over the top Charles Dance helped sell it for me. Also I’m mostly a chicken when it comes to horror but with the exception of a big hairy spider there was nothing in this that bothered me.

Have a wonderful weekend!