Between Westworld and Stranger Things I’m two for two with new television shows this year. I was never going to bother with HBO again, still smarting over the adaptation choices to Game of Thrones, but then they put out this little number about a Western themed park where guests can pay a ton of money to go live out their fantasies. A real live game of sorts with the very human like “hosts” robots to whom the guests can do what they please both good and bad and don’t have to worry about being hurt in return.

Oh boy, did I love this first season. First of all probably the best part was the cast and the performances! I mean Hopkins and Harris are usually good for me but they also seemed to be having a lot of fun here and really relishing the roles. 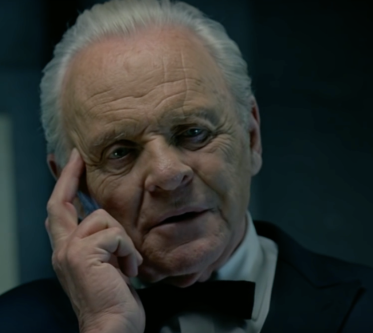 Jeffrey Wright had a bit of a hard role to pull off considering some twists but he made them completely believable. There was no part where I went back and thought anything he had done hadn’t made it work. I wasn’t big on his character in the beginning but wound up actually being really moved for him.

Thandie Newton and Evan Rachel Wood who play Maeve and Dolores were really amazing though. Newton was probably my favorite as Maeve she was so good, so cold and calculating throughout but then the role would be sprinkled with moments of real humanity. (Her relationships with Clementine and Felix for one.) Dolores was a tough character as well because the middle section gets a bit muddled in the story but man that ending.

The revelations between her and the Man in Black during the finale were probably the most obvious throughout the show. (People on social media called it as early as episode two.) But man if Wood and Harris didn’t sell both the heartbreak and the raw and pure anger.

Plus the cast seemed to really have fun together and enjoy working with each other. I enjoyed the dubsmash videos they’ve posted on various cast members Twitter accounts.

I love the ruminations about things such as consciousness, identity, memory, grief, humanity, story-telling… I like to watch a television show that can be both gorgeous pure entertainment and then be able to go and look up the theories and things that they talked about throughout the episode.

Bonus points for: the incredible use of music throughout, Armistice just being awesome, Dolores blue dress (I’d wear it), Felix being an adorable little collaborator and the string of episodes where Teddy didn’t die. 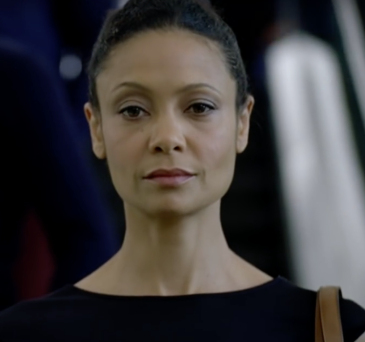 As much as the finale delivered I thought it was crazy to leave Elsie and Stubbs fate completely up in the air. Okay, Elsie at this point probably is dead but Stubbs could be alive. It certainly seems like Westworld security was utterly useless without him.

I never really liked Charlotte and thought the actress (Tessa Thompson) while okay was maybe too young for the role. Especially at the end I couldn’t help think if they had kept Theresa that could have presented some interesting choices for Bernard in season two as he had seemed to truly care about her.

There is a fairly good deal of nudity and violence in this show. I’ve seen plenty of articles talking about it- especially in the beginning of the season. Honestly, it’s not something that bothered me though I admit I have a pretty high tolerance. I do think, in comparison, it was handled worlds better than Game of Thrones has done in the past.

But overall I completely enjoyed Westworld and will be eagerly awaiting season two!