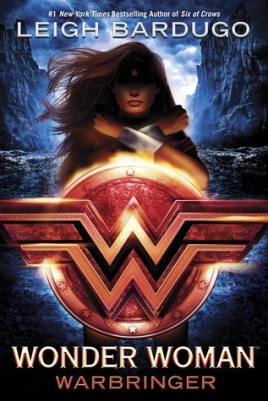 This Wonder Woman tale by one of my favorite authors was definitely on my most anticipated lists. So I picked it up immediately upon its release last week and I have to say I’m a little torn. The story is about how a teenage Diana saves a girl from drowning but that girl is a blood descendant Warbringer. Not will she bring war she tends to cause conflict and strife wherever she goes and her presence on the island is destroying it.

Taken on it’s own I did enjoy this book quiet a bit. It’s a nice story. I liked the use of the Gods both big and lesser in this one. It’s Bardugo so the dialogue is snappy and the friendships feel deep and real plus there’s a nice bit of diversity. Although for all the physical diversity it’s still at the core super rich kids with super powers and no adult supervision.

Diana stays in character the whole time of both wanting to prove herself and earn her place in the world, believing deeply in the goodness of people and at the same time being believable scared and confused at times.

Bonus points that it’s very, very light on romance and I didn’t see the twist coming.

I think what threw things off for me was the movie. This book has nothing to do with the movie. (Which is fine. I just had a hard time separating.) Yet in a lot of ways it’s a lot like the movie. Diana saves a stranger and takes that strangers fate upon her own shoulders beginning a quest to save the human world from a devastating war.

The elements that made that work for me in the movie (for me admittedly) like Diana’s wide-eyed naivety and wonder are for the most part what’s sacrificed. It’s the modern world and Hippolyta is much more of a distant Queen but Diana is educated about the ways of the world. She needs Alia to show her the ropes yes but like I said that wonder is lacking.

I would love to see a Diana book that takes place solely on Themiscyra. In the beginning Bardugo actually does a really good job of setting that world up and even obstacles and problems that Diana could and does face and even adds in one element about the Amazons that either I had always missed or never considered. But then it was off to the normal story.

Recommend: Yes. Despite my problems with it I still enjoyed it. Read if your a Leigh Bardugo fan for sure. It’s just one of those I was hoping for more.