Welcome to the blog tour for These Rebel Waves!

Pirates, heretics, magic, conspiracies and politics galore. The These Rebel Waves tour is kindly put on by Fantastic Flying Book Club. Although I couldn’t get my ARC copy to download and got bored with trying so I bought my own. Luckily, I liked it!

“No God, no soldier, no emperor, no King, can take my current from me.”

Lu was a child of the revolution on the island of Grace Loray. The island is full of magic fueled by plants and until that revolution under the thumb of Argrid, a country dictated to by religion. As the new government struggles to get a peaceful treaty in place with Argrid their top delegate goes missing.

As Argrid demands justice Lu suspects that all is not what it seems and the island is much further from peace than she would have thought.

She enlists the help of Vex- a pirate (called raiders in the book). Vex is a bit of a Jack Sparrow figure (early movies.) Incredibly good at his work he’s a target not only of the government. But unwilling to join any of the raiders syndicates they want him out of the way as well. He also has a past with Argrid who once attempted to cleanse him of his sins.

Our 3rd POV is Ben- the Prince of Argrid. His father is head of this church that means to root out any magic (and really anyone who goes against them) but Ben finds himself in a very stick situation with a gift for the plants and a history in learning them he’s tasked with finding a cure for a violent sickness but wonders if he may be walking into a trap.

I must admit that I found These Rebel Waves a bit hard to get into. Raasch is setting up an interesting world here and a new series with a lot of potential. But the first 30% or so felt like I was being bombarded with all the history of that world and the former and current politics all at once. Not to mention the magic system.

Plus in a book that was supposed to be about pirates I was wondering why no one was on a bloody boat. Though the Inquisition and the way that was woven through the whole series- magic is evil and sinners must be purged until we want to use and manipulate the magic then…

Once the book gets going however it does fly. For me I much preferred the Vex and Lu version of the stories and appreciated that while he’s the bad boy of the island his crew is made up of smart and strong women how managed to be interesting characters on their own. (More of them though please!)

And Lu is quiet an interesting character. As her parents were major leaders during the rebellion they used her to spy and in some cases do worse and we slowly see the unraveling PTSD that still effects her. It made it more poignant that her fight to right the wrongs of the island and avoid another war was as much a quest to make the horrors of her childhood worth it as anything.

The Prince does get kind of back burnered here although that will likely change for the next book (please no love triangle please.) Not sure how I felt about the twist though I’m willing to give it a chance to play out.

Overall I enjoyed These Rebel Waves- despite the rocky beginning. The series definitely feels been there done that before but there’s also a lot of potential to go into new territory here. Mainly Lu has a lot of potential to be one of my favorite YA heroines so I’m interested in seeing where Raasch takes this one.

Check out the Other Tour Stops! 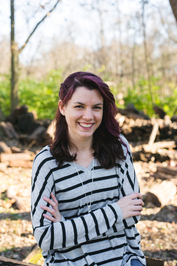 Sara Raasch has known she was destined for bookish things since the age of 5, her friends had a lemonade stand and she tagged along to sell her hand drawn picture books. Not much has changed since then- her friends still cock concerned eyebrows when she attempts to draw things and her enthusiasm for the written word still drives her to extremes.

Her debut YA fantasy Snow Like Ashes, the first in a trilogy came out in October of 2014 from Balzer + Bray. It does not feature hand-drawn pictures.