Dumbo is the Cutest Movie Character Ever

The one thing I was sure about this movie was it would make me cry. I teared up in the bloody trailers! And boy those big adorable eyes!

I cried like fifteen times in this movie. Dumbo was the cutest thing ever. The humans left a lot to be desired but that’s usually the case.

The performances were all fine. Don’t get me wrong. Michael Keaton seemed to be enjoying himself (and I think the blonde hair was so off-putting!) plus I give Eva Green points just for being Eva Green (she’s forever my Poison Ivy fan choice in my mind.) But the characters themselves pretty cut and dry and the elephant stole the show. 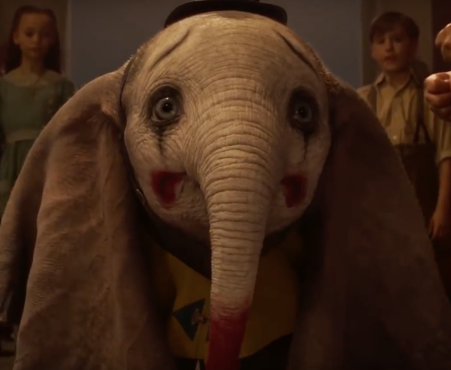 There’s one scene where he’s watching a performance of dancing elephant bubbles and he almost starts dancing and it is just adorable. Utterly enchanting and I’m someone who usually doesn’t love long takes like that but I could have watched him watched the bubbles for another five minutes.

But besides utterly nailing Dumbo the movie never really took off for me. I think that scene was kind of part of the problem because I kept expecting it to after that. I kept expecting to be swept along and in too many ways it felt like just going through the motions.

Costuming, set design and the sequences all looked fine. I also appreciated the brother and sister relationship. 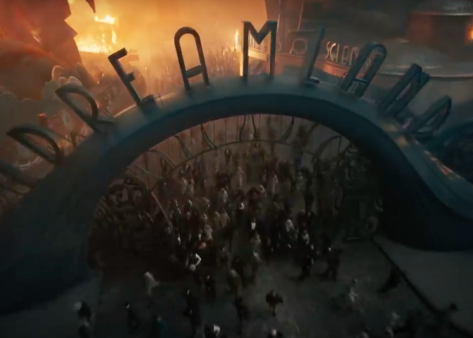 The dialogue is a little clunky in places. One bad guy is actually wearing elephant skinned boots. My friend said Colette (Eva Green) changed a little too quickly but that worked for me. I mean in the one corner a dude who doesn’t put up your nets and tells you danger brings in more money and in the other corner adorable elephant and guy who saves your life.

I don’t know. Not much of a conundrum there for me.

I think young kids would really be swept in this however and I did appreciate the message of the film.

Recommend: See it for Dumbo! But this is another one that, in all honesty, that can easily wait for home viewing.