Once Was Enough Reads 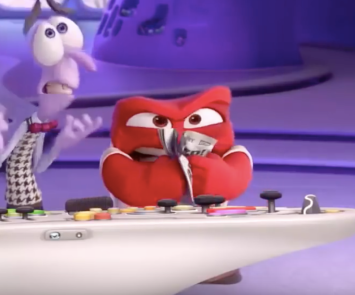 I’ve been having some good luck recently with reading and rereading classics I thought school had killed for me. It’s definitely a streak I hope continues but my friend and I were talking about the not a chance never again books which is just like what it sounds because sometimes once is enough.

The Great Gatsby is a perfect example because I don’t hate the book but I hate the characters so much… especially Daisy. Daisy’s got to be one of the worst characters going and the thought of reading about her again makes me see red. No way. Not going to happen.

James Joyce is like vomiting words everywhere. I remember that I liked Dubliners slightly more than Portrait (I hated that one so much that if someone told me I had a chance to meet Jason Momoa and all I’d have to do is reread Portrait I wouldn’t. Well there’s got to be footnotes right?)

I defeated the beast. I can appreciate this book for what it meant for my favorite genre but there’s no looking back. I admit that might be my real problem- I read this in college and expected to fly through it. It took me about a year and a half and was way more frustrating than I ever would have imagined.

Unpopular opinion: I prefer the films. They have Viggo and Sean and Ian and so much other goodness. 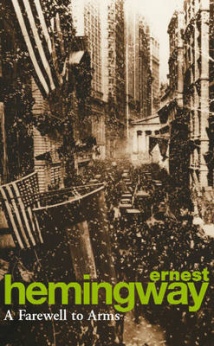 I’m not going to rule out more Hemingway overall (though maybe I should) but definitely no more Hemingway love stories- maybe I was wrong to go into it that way but I can recall there was a movie coming out (yep I looked it up a Sandra Bullock/Chris O’Donnell film called In Love and War.)

Both probably combined to kill the story plus I remember it being boring and whiny and not a good romance at all.

Hm, maybe I can’t blame assigned reading for everything as this is another one I read because a movie was coming out…

The Portrait of a Lady somewhat reminds me of Rebecca (which I read much more recently but will also never reread) poor decision making and awful people using each other and way too wordy. I think Henry James might be one for my James Joyce pile because I’ve also read Wings of the Dove and The Turn of the Screw and honestly found them both disappointing though I did like them a little better.

I went back and forth on including Romeo and Juliet on this list. I am reading and rereading Shakespeare’s plays and it won’t take me as long as some of these novels. But boy do those two frustrate me! So for now Romeo and Juliet is a maybe I’ll reread it one day 🙂 The rest are thanks once was enough.