After a mugging a badly injured Grey Trace (Logan Marshall-Green) agrees to take part in a top secret experiment and is implanted with a widget that is essentially like artificial intelligence. In Grey’s case it’s supposed to help him live a full life after his injuries what it actually does is much, more more than that.

I went into this movie knowing only the synopsis and in that it clearly states his wife is killed during the attack. Even though I am sick to death of the woman dying to motivate a man into anything this was getting a lot of good word of mouth and I actually found someone to go see it with me! 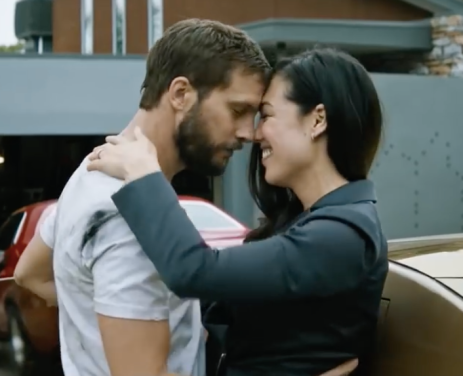 To get to the point I did like Upgrade but it’s still making me ask a lot of questions and not really about the movie’s story… but about what my threshold is for this kind of thing. Can you make an exception for something that (quiet frankly) you’re sick of if it does it well? If you do wind up liking other elements of a story?

If you know there’s something that’s going to rub you the wrong way beforehand can  you still hold that against a film or a book or whatever art you’re viewing?

This is the second film I’ve seen in two months where a woman was killed as motivation for action for the man. In the other one that was done as motivation for both the main character and a double for the bad guy. In between these two films there was the disappointment of one of my favorite actresses just dying…

Didn’t motivate the boyfriend. Didn’t even make him sad for long.

Disliked all of those even though I must admit I make excuses for the huge movie (my favorite of the year perhaps) in which a woman died as a sacrifice. At least it wasn’t motivation?

And I have to admit after seeing the trailers Widows has shot to my top five most anticipated upcoming films but then again it’s pretty rare to see the badass men going down to motivate the women.

I want to stay consistent in my criticism of a trend that I don’t like and frankly I think is sloppy writing more often than not. But I also want to judge the work overall as fairly as possible. On the other hand why are there so many examples of this just from the last several weeks?

And the fact is Upgrade is a pretty violent film. It’s got a lot of cool action sequences that are well-shot and interesting to watch (and occasionally turn away from) Asha’s not even the only woman who dies and Asha probably dies less violently than the rest of the movies characters that go.

I don’t have a problem with violence in a film.

But the truth is the wife didn’t need to die. Honestly, she didn’t need to exist at all. The character was pointless. She existed to show Grey was happy and die. Why not just keep his motivation wanting to be healed? Wanting justice against the people that attacked him? That would probably work for a heck of a lot of people. 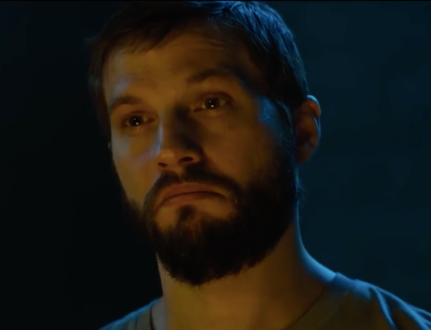 Logan Marshall-Green is really good here. I haven’t seen him in a lot since Alien Prometheus and this makes me wish that was different. (Even if I am one who passes over him as a Tom Hardy younger brother.) Having to go back and forth between some impossible action sequences and being confined to a wheelchair/not being able to move must have been physically difficult.

Just as an aside I thought there were parts of this movie that reminded me of the Venom trailer and played better though. So I’m not sure if that’s good or bad for Venom. We shall see…

Betty Gabriel is also first-rate as a Detective trying to help Grey find out who attacked him and killed Asha. 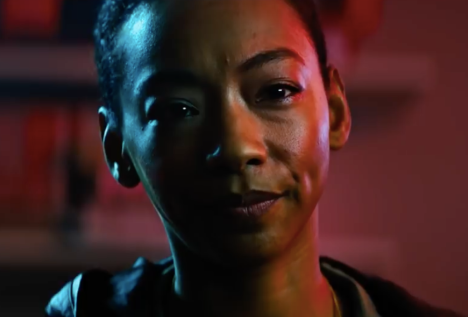 This is definitely not going to be a movie for everyone. My friend described it as like an 80’s sci-fi with 90’s gore. I mostly try to avoid gore so take that for what you will though I did get an 80’s movie vibe in the look of it, some of the music and the way it was shot. Also it is really violent. Seriously, this is the second time in about a month I’ve seen someone’s head nearly sawed in half so also take that into consideration.

Recommend: 50/50 As you can tell from my screed the movie had some things that annoy me personally. I’m not sorry I saw it. But if you’re in the middle I would not go in blind and definitely read some more reviews to know what you’re getting.