And They Prefer the Diamonds 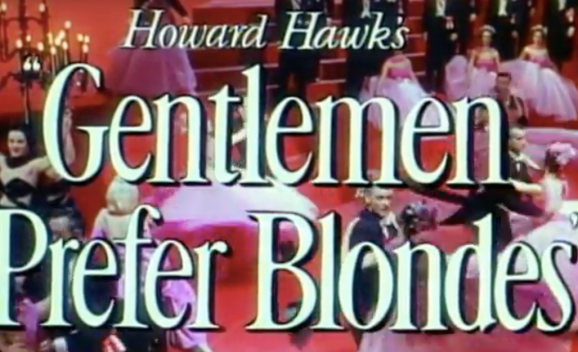 Considering that choosing films for the Blind Spot Series is very much like a TBR (TBW?) it’s amazing I stuck with it this long. Truth be told I’m very much a mood watcher like a mood reader and I didn’t want to watch any of the movies on my list.

I wound up watching this Marilyn Monroe/Jane Russell classic and completely enjoyed it. 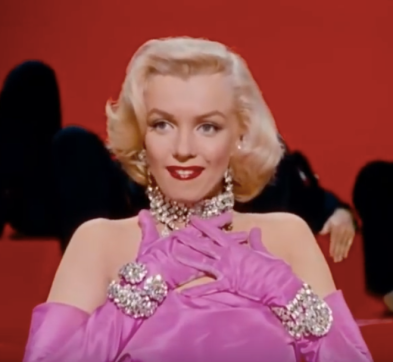 Gentlemen has got to be most famous for Marilyn Monroe’s version of Diamonds are a Girls Best Friend (which I swear I have seen bits of this since I was a tiny girl!) Monroe plays Lorelei Leigh a big-hearted gold -digger whose off on a cruise with her best friend Dorothy (Jane Russell) whose mostly into a guys looks.

Lorelei’s future father-in-law has a Detective on her tail to catch her if she screws up and since there’s a diamond mine in her way that’s probably going to happen. 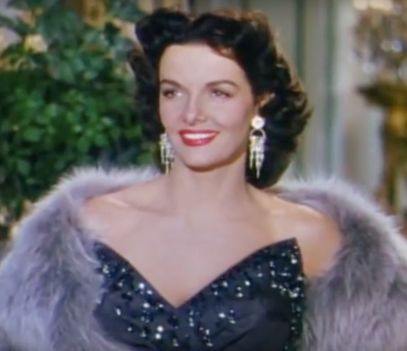 This was a fun film. I liked both actresses. They had good chemistry together and I liked that Dorothy really cared for Lorelei. The clothes. The cute little joke with the kid. I even liked the musical numbers. Though the court version of Diamonds was a little weird. I actually think Lorelei might be my favorite of Marilyn’s roles. (Granted I haven’t seen that many.) But she’s not wrong about a woman deserving and liking nice things.

And I did get a kick out of her lust for that tiara.

I think my main hang-up is like with all these romances/comedies from Old Hollywood. A part of me can’t help always think- Not a good sign for your future. Why are you letting him physically pull you around like that? You’re getting married? How long have you known each other 3 days?

Recommend: Yes. Worth it for Jane Russell and Marilyn Monroe and finally seeing the whole Diamonds performance.