In super exciting news Circe- which was one of my favorite reads in a very long time- got a straight-to-series order from HBO. I find the writers credits a bit of a mixed bag but the source material is so strong… oh, man I’m having de ja vu cause I am sure I said that before about another HBO series.

But what really matters is the casting…

I got Oscar Isaac vibes so strongly when reading the parts with Daedalus but he could also be a good Odysseus. And also if you can’t find a part for Jason among the Titans and assorted sea divinities amongst other things you are obviously not trying as hard as I am.

Also a trailer for the Zombieland sequel dropped. I thought the first film was so much fun and this looks like it will bring the laughs.

I would like to point out that the Zombie apocalypse, at least this one, is really good for your skin and hair. Little Rock (Abigail Breslin) and Rosario Dawson especially have some great curls going here. I would totally be the type to go for the most expensive hair products when the stores start getting looted so I understand 🙂

But Witchita will always have my zombie fashion heart. 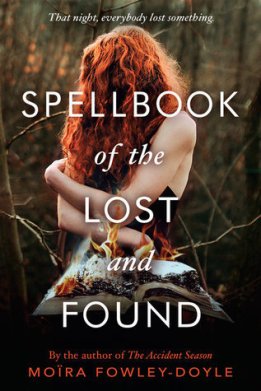 It’s been kind of a hit or miss month for reading but Spellbook of the Lost and Found which has sat on my shelves unread since it came out turned out to be a really great read. So far definitely in my tops of the year. I think it will stay there but who knows? Fall is an actual buffet of most-awaited heavily hyped book releases.

I’ve actually been rewatching a lot of movies and let’s be honest I’ve rewatched Stranger Things so many times Netflix is probably going to stop suggesting anything else.

Oh speaking of Netflix Tobias Menzies has said he thought the new season of The Crown would hit in November. Something else fun to look forward to in the Fall.

I love reading scripts so always appreciate when the Emmy nominated scripts go on-line. Yes even that of the Thrones season finale The Iron Throne

There’s also scripts for Chernobyl, Killing Eve and the Good Place but I’m just going to leave off with an all hail Her Satanic Majesty 🙂 and I hope everyone has a great August!