So I’ve been reading a bunch of the Marvel heroine comics recently and dipped back into Ms. Marvel, along with new Thor and tried Scarlet Witch for the first time.

Of Ms. Marvel there’s not that much to say that hasn’t already been said. The comic remains really enjoyable. It feels like you’re in a long running show now where everything is just gelling together. Kamala remains one of those characters where if she was an actress I’d say I just like her so much I want to keep going despite any problems with the show.

Her family stuff is the best part. I find the crossovers to be pretty hit and miss and I don’t really want to give out spoilers about who makes an appearance. But she’s basically an Avenger in volume five.

I do hope she makes the next movies. Is it wrong to say I would have rather had her than Spiderman again?

Speaking of Avengers that I love: 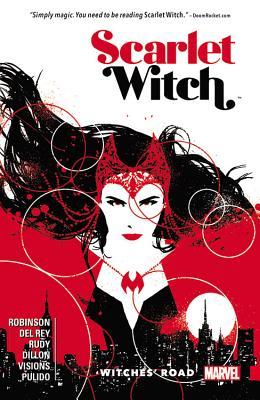 Okay, so maybe I love Scarlet Witch more in the movies. This was the first time I read a comic about her and it was an intriguing idea. She’s basically traveling the world trying to fix broken magic. The art was interesting in terms of the cityscapes in the beginning and such but then it felt weird. It was like Scarlet Witch herself was hard to pin down.

I didn’t really connect with her at all. It felt like I couldn’t get a clear idea of her even with the pictures on the page. It may have been a little too much of the movie version intruding in my head. Very odd I know but I probably won’t be going forward with this one even though there’s potential for a good story here and I did enjoy a lot of the details about how her magic, and magic period, worked.

My favorite of all of these remains: 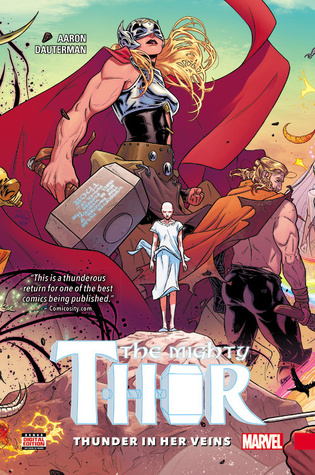 The Mighty Thor: Thunder in Her Veins

This series pretty much has everything for me. A brave dying woman who gets a chance to be one of the ultimate heroes, politics, Loki, pain and grief, heroic moments and betrayal. In this one it seems as though Odin might even be returning to something like reasonable but we will see on that one.

This is another one I really hope they bring to the screen.

The Loki stuff is especially fun in this one.

I’ll definitely be continuing this series.

Recommend: Yes to all.