David Kim’s daughter Margot disappears one night. And the search leads him down a rabbit hole of social media and discovery after discovery of what Margot was hiding in an effort to find her.

Part of me couldn’t help but think hey, if you stopped videotaping her for Youtube and talking to her by text, maybe you would have known?

There’s actually a lot I really liked about Searching. Mainly John Cho whose excellent throughout. 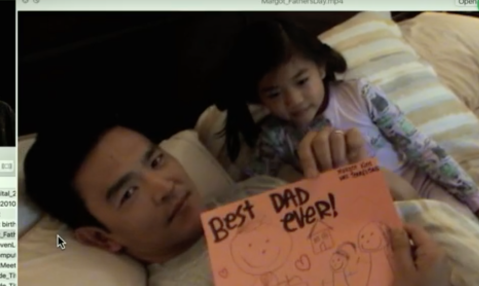 I also thought the mystery was quiet good. I honestly didn’t know what happened to Margot but its one of those where you get to the end and it all hangs together nicely. You don’t look back and say well, wait. What about? How is that possible? But more well, that explains that…

I also liked a lot of the beats that dealt with social media. They hit on the conspiracy theorist but also the assholes who can’t help themselves. (I.e the kid who writes that she’s with him cause he’s her pimp. The girl who tells David that they weren’t really that close and she was just using her to study and then when the story blows up is sobbing all over Youtube and the media that Margot was her best friend.)

The concept of this movie shot pretty much of David on his computer and even when he’s not it seems the computer is always recording him is interesting and well done but I also think for me it got old quick.

I for one never want to watch someone reset a password or several because I bloody have to do it all the time! Also there are times when I think it removes you from the emotion of a scene (there were two confrontations in this movie I really would have liked to have seen in the normal filmed way). It probably helps the mystery because you feel very removed from everything until news reports take over near the end.

Also by the end I was feeling a little like I was watching a computer commercial.

But it definitely was an interesting film and a good little mystery.

It was also a little weird to think that even if your social media presence is a little bit illusionary your real life is also completely linked to these machines these days and that can be both a good and a bad thing.

Recommend: Yes. That being said I don’t think this is one that needs to be rushed out and seen in theaters. If you can its enjoyable if not make sure to check it out when it hits DVD.

3 thoughts on “What Happened to Margot Kim?”