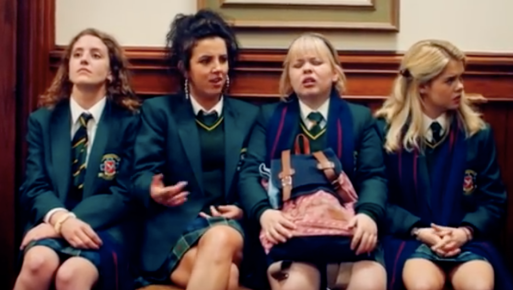 Created and Written by: Lisa McGee

So I went into Derry Girls on Netflix knowing nothing about it save Netflix thought I’d like it based on previous choices and Twitter thought subtitles might be necessary. I wound up flying through all six episodes in no time! Its one of the funniest most entertaining shows I’ve seen in a while.

And you can totally count me in the obnoxious, “Don’t make me wait all year for season two Netflix!” club.

Which I suppose I should be lucky we’re getting a season two (still mourning Daredevil over here.) 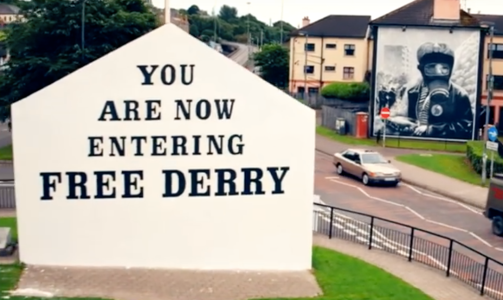 Derry Girls is about four friends (Clare, Erin, Michelle & Orla) and the wee English fella  (James) who goes to their all-girls school cause their afraid of what the blokes may do to him at the boys school. This is 1992 during the time of the troubles so its reasonable to be afraid for him.  We also get a nice bit of family- mainly Erin and Orla’s- which is fine because they’re also hilarious.

Seriously, her moms horror at a bomb scare on a bridge isn’t so much the bomb as it might stop the kids from going back to school… that would have been my mom as well. Plus Erin’s granda is played by Barristan Selmy himself (Ian McElhinney) gone to soon from Game of Thrones! 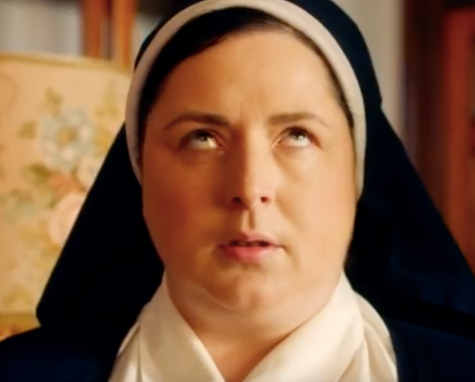 My favorite adult though has to be Siobhan Sweeney as Sister Michael. The girls seen and heard it all nun.

Well, except for maybe what happens in detention during the first episode. Seriously this has to be one of the best first episodes of any show I’ve ever watched. I was laughing so hard it felt like an ab work-out. 🙂

I found the characters very likable and relatable. Especially Erin. I am so Erin. The friends all had great chemistry it felt like I was watching a group who had grown up together and that’s not easy to pull off. Love the clothes. The soundtrack (the Cranberries love!) The writing manages to keep it smart but also convincingly teen like.

And the last episode also managed to nail the tone between sweet and harsh between childhood, adulthood and painful realities and considering what happened I’m super impressed that they did! 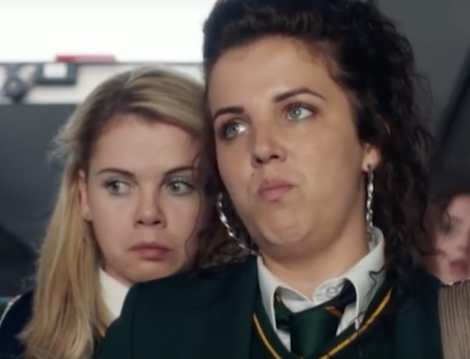 Needless to say I love Derry Girls. Honestly my only nitpick of this show was after the sixth and last episode I wanted more! It was a great way to start the year 🙂 And I can totally see myself rewatching during the likely long wait for season two. (At least on Netflix.)