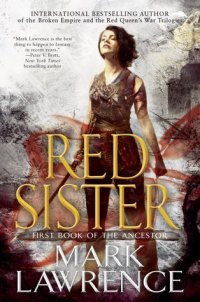 Since the Oscars are this Sunday I thought I’d do 12 Books that Should Be Films (or series) Right now! And since Circe- one of my recent favorites got optioned for a series I thought I’d get specific to ones with great roles for women!

Want to go to school to be assassin nuns? This series is mainly women across the ages (so great roles for many actresses) though our main character in Red Sister is young Nona Gray. Actual badass. There’s cool world building and magic but the emphasis is on the girls and women, the strong female friendships and love. Plus in Grey Sister exploding heads!

The story of Beryl Markham a horse trainer and eventually a pilot in the early part of last century. She lived wild and free and eventually had a relationship with Denys Finch Hatton (whom I know from Out of Africa.) This actually takes place mostly in Africa and could be incredibly cinematic and because its a period piece I could totally see Keira Knightley playing Markham.

Obviously we may very well get this eventually (if they don’t run Harley into the ground first) but I’m still of the opinion we should be getting it first. Its been a bit since I’ve read this but my fan-cast for Ivy has always been Eva Green.

Okay, Romy Silvers is the only female role (she’s not lonely for nothing) but what a role it would be. Left alone on a spaceship following the death of her parents she thinks she has a chance when she learns there’s another ship that was sent after her but all might not be as it seems. I’ve honestly always liked Zendaya for this role.

The Witches of New York

Three women try to make their way in the ever-changing world of 1880 New York. They happen to be business women who own a lovely little tea shop and some witchcraft of course. When one disappears we get a nice little race against time mystery. I thought of this actually while watching The Alienist. It would make a great limited series. 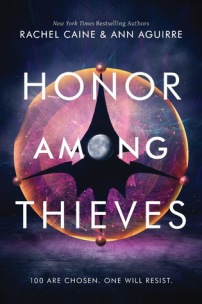 A petty thief is selected for a special program where she’s paired with a Leviathan ship to explore deep space. I read this book last year and loved it. I loved the friendship that develops between Zara and her partner a girl whose pretty different from her but they learn to work together. I loved the whole story really and Leviathan travel always makes me think of the show Farscape which I loved! 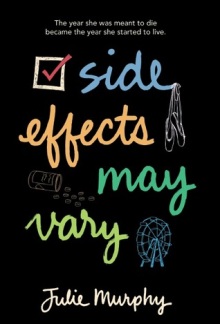 Side Effects May Vary

This was my first Julie Murphy novel and it’s only grown on me. It’s about a 16-year old girl who gets diagnosed with terminal leukemia and decides that her bucket list will be about righting what she sees is wrong a whole lot of revenge and telling people what she thinks of them.

And then she goes into remission.

This could be a great role because the majority of these movies are just so sad and maudlin. It was nice to see a character who wasn’t happy and waiting to die like a typical YA heroine.

There are the four strong, but in different ways, female leads of each book and the female villainess along with a really cool robot. So overall it’s a great line-up that should add to some nice diverse casting as well. Plus it appeals to the Once Upon a Time, Disney Princess lovers set but gives it a nice sci-fi spin. It screams nice Netflix series production.

This may have already been a series or a film so let’s say it deserves another shot. This ones about a plane full of Beauty Pageant contestants that crash lands on a deserted island and must survive. With a good cast and writers that can keep it funny without going over the line it could be a great comedy.

The Bear and the Nightingale, The Girl in the Tower & The Winter of the Witch

Vasya is our main character as we follow her adventures over three books. She can see the spirits and other magic things that are slowly fading in Russia hundreds of years ago. She also tangles with a Frost Demon. Battles accusations of witchcraft and eventually even larger issues.

There are many other interesting roles for women in this one including Vasya’s stepmother, sister and young niece. Plus Russia in the time period and in Winter would also be crazy cinematic.

To me the girl on the cover screams Alicia Vikander should be playing this role. Julie is a famous singer, dualist whose romances with men but mostly women help make her infamous. Seriously, one girlfriend is sent to a convent by her family but that does not stop Julie. Plus it’s Paris and Versaille in the 1600 and 1700’s. 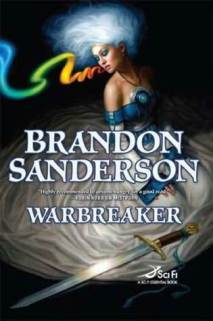 A recent read for me. This has an interesting magic system based on colors (so would look good on screen…) Plus sisters! There’s Siri- a wild young Princess sent to marry a monster and hopefully prevent war in place of her sister Vivenna who goes to save her for many different reasons.

What was most interesting for me is that neither sisters story goes how I thought it would and Vivenna especially is a powerful and really relatable one.