The best part about this movie was the stuff.

The Bling Ring is my pick for The Blind Spot Series for February. I kind of had some trouble picking this month because I didn’t want something heavy. (I’ve been trying to catch up on the heavy Oscar movies after all.) The film is about the Hollywood Hills burglaries that happened a couple of years back hitting some big celebs that turned out to be orchestrated by a couple of kids.

The ringleaders are Marc and Rebecca. They try to get some sympathy for Marc but generally they’re all super unlikeable. Party kids from upper-middle class neighborhoods it looked like who absolutely don’t see anything wrong with taking what doesn’t belong to them, “I want some Chanel,” one of the characters says.

Coppola also points out that Lindsay did time the exact same time as one of the people who robbed her.

They were annoying. Clueless and generally unlikable characters.

I would also say 90% of the performances were really bad (could have been the dialogue in some places.) I could never bloody hear Taissa Farmiga speak I had to turn it up at times. Emma Watson, whom I usually love, is not good at silly and vapid although I must admit she was better near the end when she did get some meaty stuff. Though her character was super whiny on top of everything else. 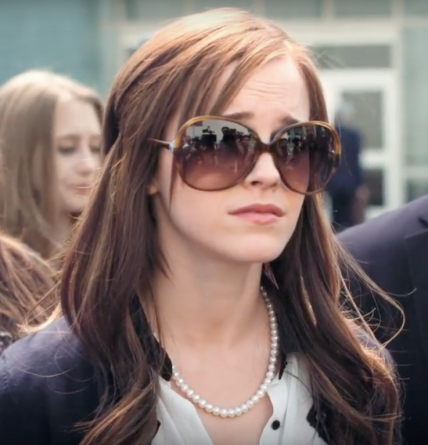 Leslie Mann is amusing as Laurie- her super oblivious silly mother. Home-schooling her children based on The Secret? You almost have to laugh. Kind of like they never once thought about video surveillance on those houses. (Of course considering sliding doors were left open and keys under mats I’m not sure I can blame them on that.)

I think the movie does start to improve once they get caught at the end. 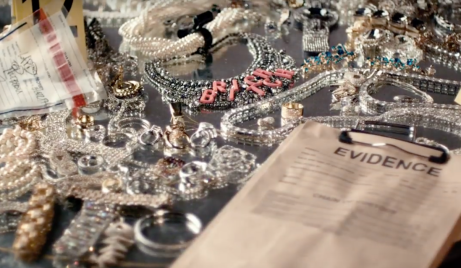 I did like the stuff however. The houses were amazing. The amount of artwork Paris Hilton had of herself impressive. I like stuff. I can see how it would be like being a kid in a candy store with endless shoes and clothes more expensive than the cars some people drive. But I think the difference between most people and those kids we wouldn’t feel like we were entitled to it to the point of taking artwork off the walls.

So yeah, it was an passable movie though unlikeable characters and not great performances would be enough to make me not recommend it.