Screw the whole Inner Goddess thing. If there’s a voice in my head it would probably be Venom so below we work through some movie thoughts and questions with the alien  (that doesn’t want to be called a parasite!)

I also feel like I should say I have no knowledge of the comic book character.

Me: There should be a rule that Tom Hardy is single in movies. I mean he already has a wife I need something.

Venom: Is this really a movie thought?

Me: How did these two actors have no chemistry?

Venom: He was waiting for me. 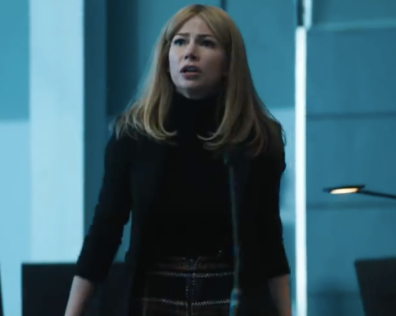 Me: Which does beg the question if Eddie were to have a kid and you were still in there what would happen? And yes my mind did go there.

Venom: Your mind is in the gutter. Talk about something else.

Me: Why do all the genius billionaire scientists who could save the word have such bad ideas about how to do it? 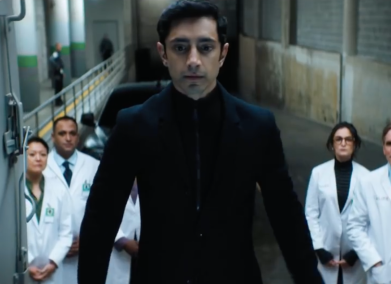 Me: I mean its our world. You’d have thought they saw Aliens or something.

Venom: So you want them to be self-aware? Maybe that’s why they’re all genius billionaires because they don’t spend all their time watching movies.

Me: They really should maybe they’d have better ideas for world domination.

Venom: You don’t want to make it to hard for the good guys to win.

Me: Also props to Eddie for actually going to the hospital but I couldn’t help wonder like where was the CDC? Why didn’t they keep him?

Venom: Are you going to bring up the parasite thing again? It’s offensive.

Me: You think you’ll ever meet Spiderman?

Venom: He sounds tasty. But it depends on what kind of mood Kevin Feige is in.

Me: You know you have quite a following on-line of people who think you’re hot? So I have to wonder who do you think is hotter you or Pennywise the Clown?

Me: You know who Pennywise is right?

Venom: The whole thing is proof your planet is a disturbing place…

Me: Gemini made it right? You didn’t…

Venom: What do you think?

Me: I tell myself that its a universal rule a dog will never get hurt in a Tom Hardy movie.

Venom: What about the lobsters?

Me: Not thinking about them…

Yeah, I agree with everyone. Venom wasn’t a great movie but it was entertaining. Mainly the back and forth between Eddie Brock and Venom. I give huge credit to Tom Hardy for just going for it. Everything else felt like a throwback to the comic book movies of old (God- are they old already?) in both bad ways and good ways.

Recommend: Yes but- I wouldn’t rush out to see it in theaters unless that was your plan but give it a rental.