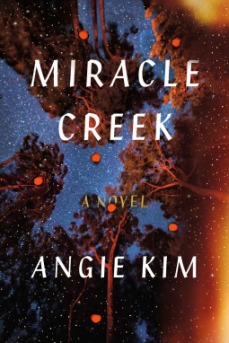 I’ve always been fascinated by fate. Specifically the idea that fate is fate and no matter what you do the thousand, million little things will come together and find you. Of course there’s still that question of the decisions being yours to make in the first place.

But then again- where you always going to make the same decision?

For me it’s something that Miracle Creek appeals to.

Miracle Creek is a multiple POV book told over several days of a double murder trial. Elizabeth is on trial for starting a horrible fire at an experimental treatment center that wound up killing her own son and best friend.

I had heard a lot of hype around this book. Most people simply loved it. For a lot of the book I wasn’t entirely getting the hype. I liked the structure thought it was a good character piece. I did call the whodunit aspect pretty early on. But the last 25-30% of the book was what sold it for me and pushed it into ‘best reads of the year.’

For me the most important of the characters where Elizabeth and Young, the wife and co-owner of the treatment center whose family was badly injured in the explosion and whose already hiding something at the start of the book. Elizabeth is not a likable character at all. Her son Henry was diagnosed with autism and her increasingly desperate treatment attempts and desire to control him into what she deems normal and acceptable have already gotten her reported for child abuse.

And flashbacks and a video of the boy are absolutely heartbreaking.

I couldn’t help but think Elizabeth and Young are awards worthy roles if this ever gets adapted and they cast good actresses. All the characters, for better and worse, feel realistically human which adds to the power of the conclusion.

I think the book as a whole is a really great character piece and a moving, if sometimes hard to read, story that will stay with you. Seriously thinking about parts of the end of the trial are making me tear up now!